Home News Music News Femme Duo Divide and Dissolve Share New Video “We Are Really Worried...
Divide and Dissolve members Takaiya Reed (saxophone, guitar, live effects/ (Black & Tsalagi [Cherokee]) and Sylvie Nehill (drums, live effects/ (Māori) are very excited to announce the signing to Invada Records.
Along with today’s announcement, they release their new single and video for “We Are Really Worried About You”, from their forthcoming album Gas-Lit, which is produced by Ruban Nielson of Unknown Mortal Orchestra and set for release in late January 2021.
About the new single, Divide and Dissolve comment:
“We Are really worried about you’ is a call to transformation and freedom. This song and video seek to undermine and destroy the white supremacist colonial framework. We are weaving together our fight for Indigenous Sovereignty, Black and Indigenous Liberation, Water, Earth, and Indigenous land given back. Decolonise now.”
At the start of the song, Takaiya’s formidable saxophone sound resonates strikingly like a siren song, beautiful with an undertone of danger. This gives way to a sudden surge of crushing percussion courtesy of Sylvie, and heavy guitar riffs, revealing the magnitude of their exhilarating multi-dimensional sonic, and powerful expression of their message.
Sepand Mashiahof (@mothsprotectme), one of the video directors expands, “The world is structured to mold us down into stunted vessels that have to gaslight ourselves of our own truths/experiences just to survive. This video felt like an expression of that process: the desperation to be heard and the stonewall silence that pushes you into the void of perpetual self-doubt and self-sabotage. The concept and the collaboration aspects seemed to also mirror what it takes to move through this grief, that you need friends and community to be able to address these things together and help each other heal through it.”
About the signing, Geoff Barrow from Invada comments:
“I first became aware of Divide & Dissolve through a mutual friend. She then sent me their album and it totally freaked me out with its beauty and extreme heaviness. Takaiya & Sylvie are brilliant people who feel like part of the Invada family already.” He continues, “I’m really looking forward to them releasing their new album with us and we 100% support their fight to abolish white supremacy with their crushing doom.”
From the early protest songs that came from the violent occupation of Turtle Island (so-called United States), through punk music’s fight against the system, art has always been at the forefront of societal change. Whether that be through pointed attacks or something more existential – sung quietly or performed as loud as can be – music continues to be a spring-board for collective resistance.
Even so, few bands use their voice and platform quite as powerfully as Divide and Dissolve. Mirroring the brash, bone-crushing potency of their dynamic Drone music, the formidable Takaiya Reed (saxophone, guitar, live effects) and Sylvie Nehill (drums, live effects) carry their fight and ancestors fight forward each and every day, using the power of their performances to draw attention to the ongoing battle against systemic oppression.
“We would like to observe a radical shift in the current paradigm of complacency in regards to oppressive power dynamics, genocide, racism, white supremacy, and colonization,” the band have previously said. “To give weight and validation to voices that are traditionally misrepresented and criminalized before given a chance to speak.”
In 2020 those struggles have resurfaced in new and continually horrifying ways, however, Divide and Dissolve’s aim remains a simple one: to secure Black futures, liberation, and freedom; demand Indigenous Sovereignty; uplift people of color’s experiences; and destroy white supremacy.
Following the release of their TFW 7″ single released via Saddle Creek’s Document Series this past summer, comes news of their brand new album ‘Gas-Lit’ – produced by Ruban Nielson of Unknown Mortal Orchestra – set to be released in January 2021 on Invada Records. 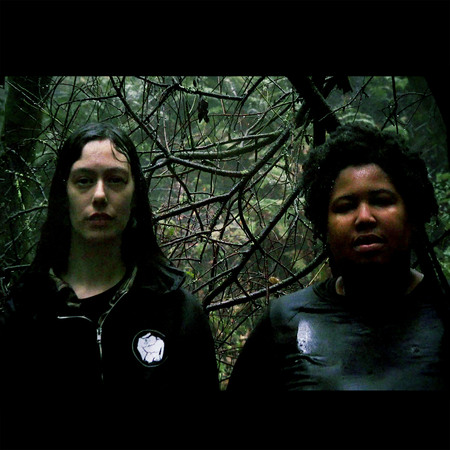 Download single artwork for “We Are Really Worried About You” here.