Denver-based quartet Dearling is set to release its new EP, Silver, and Gold, on February 22, 2019.  Following the success of its debut album, Inheritance, the band knew that its second offering would have to be different and that it would need to challenge what they had already created. Silver and Gold is the result, and it hails back to band vocalist Rachel James’s modern country start in her musical career.

“The first song that ever got me a real paycheck was a country tune,” she says. “I loved going back to that and creating songs that aren’t just love songs. A couple of these tunes are real stories, people deciding to do the right thing at the right time. It’s about the heroes we never talk about culturally. We idolize people for all sorts of reasons: fame, success, money, athletic ability. I wanted to sing and create some songs that promote those who give when no one is looking, without an agenda. They just live right.”

Dearling guitarist and vocalist Dave Preston recognized the shift in direction from the moment the recording process started. “We spent so much time thinking about each part on Silver and Gold,” he says. “Everything was so intentional. I’m singing a lot more than I have in the past, and it was a huge challenge. Rachel wrote songs that made sense for me to take on. This record is us in a totally different place and at a different level than we were with Inheritance. It’s more mature with a clearer sonic direction. There is still a deep sense of the Western sound that we all feel like we came from, but there is a lot more country in this group of songs. And with the lyrics, it just makes sense.”  The band also got some help from guitarist Danny Burton on the song, “What I Don’t Need.”

Rounding out the group are brothers and Denver music scene fixtures Joel and Noah Matthews, on drums and bass respectively.  The band wrote, recorded, and mixed the record all on their own – an intense process that taught them a lot about the art of creating as a team.  As Dearling has grown together, the music has become tighter, clearer, and more comfortable. The same values that guide good family guide the songs. Silver and Gold reflects Dearling’s values. It’s about real love and unsung heroes.

Being native to Colorado, to the West, to mountain ranges and vast open spaces, leads to the completely unique meaning and melodies of Dearling.  It’s not about the style as much as it is about the sounds, tones, textures, and feelings that the Western wild inspires. It’s a place of vast weather changes, high highs, and mellow lows. It’s a little rough and a little sweet, a little desert and a little rain. In love with Fleetwood Mac, Chris Stapleton, Emmylou Harris, and Travis Meadows, Dearling is boldly guitar-driven with true mainstream hooks. It’s Colorado country music: a little alternative, a little folk, a little rock, and very country, with as much soul in the lyrics as in the melodies.

Dearling band member and world-touring guitarist and artist Dave Preston has played with the likes of Justin Timberlake, Kelly Clarkson, and virtuoso Jake Shimabukuro. Still, he calls Dearling his musical home.  “We are literally family, but even family doesn’t always play well together,” says Preston.  “We do.”  It’s the kind of family that has kept the band together happily since 2015, landing gigs at Red Rocks, playing with legends like Roberta Flack and Chris Isaac, and all while garnering a growing fan base.

Preston and Dearling bandmate (and lifemate) Rachel James met in the middle of Preston’s whirlwind career at a songwriter event in Denver. “I’ll never forget his extraordinary and unique guitar playing and songwriting,” James says.  “He stopped the whole room with his song, ‘Rain Down.’ I had no idea who he was at the time, but I knew I would never forget him.” James didn’t forget him – soon the two were great friends, and she started taking guitar lessons from him, which led to something more.  “We’d spent every lesson laughing hysterically, and I knew we had something special,” James recalls. “After a long string of bad relationships, Dave was my first great one. And he’ll be my last.”  They gelled equally well on the music front. “Musically, he felt like a long-lost friend,” she recalls. “We were always going to do a project together. We just needed time to know it.”

The two married in 2014 and immediately began writing and creating together. James, an award-winning songwriter, had placed multiple songs with country and pop artists alike (Jess Moskaluke, FACE Vocal Band, Tyler Ward, etc.) and Preston had played in every genre and with major artists all over the world.

The band plans to tour in support of Silver and Gold, including a hometown album release show.  Details and dates will be announced soon. 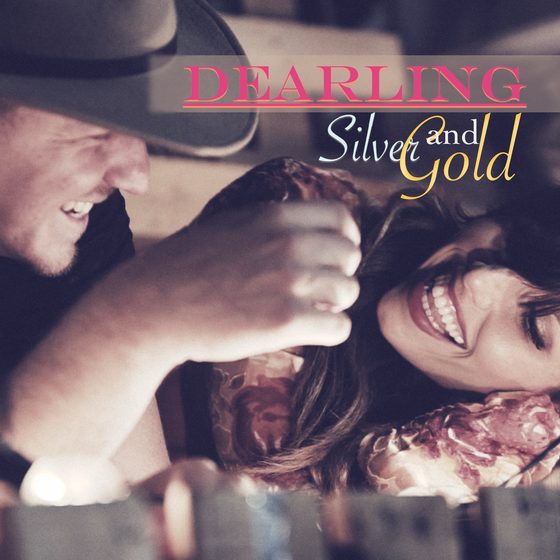