When Delta Maid emerged onto the British scene in 2010, she seemed destined to become a sensation. She signed a major record deal, toured with globally renowned artists, and released a well-received debut album, but it didn’t take long for her to realize she was a poor fit for the commercially oriented music industry.

Katie Foulkes, the woman who is Delta Maid, found herself unable to express real feelings, and as a result, she took a nine-year hiatus from the industry. During that time, she rediscovered her passion for music. Having reclaimed her independence, she has spent the past year writing the songs that would later become her soul-stirring new album Katie. 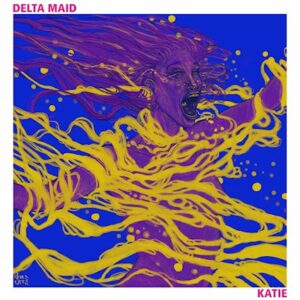 Opening track ‘White Knuckle Ride’ sets the tone for the record, with its freewheeling rhythms allowing Katie’s powerful voice to shine. ‘Alchemy’ showcases her gift for melancholy Soul, while ‘Lion’s Den’ allows her to turn her introspection into a Reggae infused Pop gem. On ‘The Tide,’ she shows yet another side of herself with a hauntingly memorable Electronica track.

These ten tracks serve as a personal triumph for Katie, who has proven that she is at her best when she goes her own way.  Now that her career resurrection is complete, Delta Maid should be a force in the music world for years to come.