“Armed with equally robust amounts of individuality and talent, Cicada Rhythm spin yarns of sound we haven’t heard before. And aren’t we the better to glimpse their personal reverie?”–Kenneth Pattengale

Three years since their self-titled debut, Athens, GA-based indie folk band Cicada Rhythm has announced a new album, Everywhere I Go, due out April 27, 2018, via New West Records. With a tracklist that blends orchestral folk-pop and ramshackle roots-rock in equal numbers, Everywhere I Go is a “patchwork album” tracked in recording studios, living rooms, and gospel churches throughout Tennessee and Georgia. Bandmates Andrea DeMarcus and Dave Kirslis have upsized their sound considerably for the record, with new members expanding their once duo to a full touring band and a louder set of influences propelling them forward sonically. Assisting in that forward propulsion was production by Kenneth Pattengale, spellbinding guitarist and harmony vocalist of the Milk Carton Kids, and Oliver Wood, best known as the lead singer and guitarist for The Wood Brothers. “Armed with equally robust amounts of individuality and talent, Cicada Rhythm spin yarns of sound we haven’t heard before,” says Pattengale. “And aren’t we the better to glimpse their personal reverie?” Like interstate poets, DeMarcus and Kirslis sing about the country unfolding outside their car window at highway speed, spinning stories not only about the places they visit but personal and social struggles as well. The album’s lead single is a wailing anthem for the women’s empowerment movement called “Do I Deserve It Yet?” that takes a look at the modern woman’s struggle in a ‘man’s world.’ The track is out today and currently featured as The Bluegrass Situation’s Song of the Week. They state, “…it’s a bluesy call to women — or anyone else — who feels less than the world around them. With a sly snap to her vocals and the gusto of a little punk-dripped root, singer Andrea DeMarcus counts her value to a cascade of drums and instrumentals helmed by partner Dave Kirslis. ‘Won’t you tell me when I am enough? ‘Cause I can never tell,’ she sings, posing the question both sarcastically to a climate that endlessly discounts women and to herself because we are all our own harshest critics.” Everywhere I Go is available for preorder via New West Records, and “Do I Deserve It Yet?” can be heard/shared now using the links below.

“In the beginning, we were two singer/songwriters making a living on $50 per show,” says DeMarcus, a Juilliard-trained bassist who met her bandmate and future husband, Kirslis, when he hopped off a freight train and landed in her Georgia hometown. “We had to keep it a duo because we couldn’t afford to bring along anybody else.” With musical chemistry rooted in the steady pluck of DeMarcus’ upright bass, the rootsy punch of Kirslis’ guitar, and the raw blend of their voices, a romance blossomed between the musicians and so did a career. Cicada Rhythm’s self-titled debut on New West’s imprint, Normaltown Records, gained critical attention from NPR Music, American Songwriter, No Depression, and more, with comparisons to Shovels & Rope, The Civil Wars, Gillian Welch, and Dave Rawlings. As a homespun, stripped-down duo armed with songs that mixed acoustic dynamics with the intimate charm of two harmonized voices, they hit the road supporting acts like Ricky Skaggs, Greensky Bluegrass, Shovels & Rope, Rising Appalachia, St. Paul & the Broken Bones, Bruce Hornsby, Steep Canyon Rangers, and HoneyHoney. Over that time they began to grow, both personally and musically, and producers Pattengale and Wood helped harness that growth on Everywhere I Go by adding new elements in the form of strings, Hammond organ, electric guitar, and pedal steel.

Cicada Rhythm will be bringing their new songs and full-band arrangement to clubs and festivals throughout the Southern United States, beginning with an appearance of Savannah Stopover on March 9. They will support Lilly Hiatt in Dallas, TX on March 13 before heading to Austin, TX for multiple performances at SXSW. Cicada Rhythm’s April/May headlining tour will include a stop at North Carolina’s Merlefest and a hometown show in Athens, GA, as well as bring them to Nashville, Chattanooga, Knoxville, Asheville, Atlanta, and more. Please see below for full tour details with more to be announced soon. 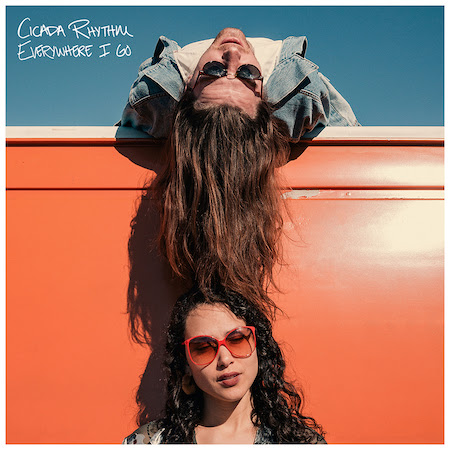