Seven-time GRAMMY Award winner and five-time CMA Female Vocalist of the Year, Carrie Underwood, will release her first-ever Christmas album, My Gift, globally on September 25, 2020. Underwood, who teased the holiday release during her virtual fan club party this summer, now shares a trailer for the album which includes footage from the recording studio, album cover photo shoot, and a personal message about how she arrived at the title, My Gift. Watch the trailer here:

“I’ve always wanted to make a Christmas album and it’s been a long time coming,” says Underwood. “I knew this would be my next music project after wrapping my tour last year, and I think it’s turned out to be the perfect time for an album like this, in this period of such personal and spiritual reflection. For me, it’s more important than ever to focus on the true meaning of Christmas in a project like this. Even though it has been a tough year for all of us, sometimes I feel like the greatest realizations can be inspired by the most difficult times, and make us more grateful for the things we do have and for what truly matters.”

On My Gift, Underwood welcomes a stellar list of musical collaborators, led by GRAMMY Award-winning producer, mixer, songwriter and multi-instrumentalist Greg Wells, who produced and arranged the album and has written and produced some of the best-selling and highest charting tracks of the past 15 years for such artists as Adele, Celine Dion, Keith Urban, and P!nk, as well as the worldwide smash The Greatest Showman soundtrack. My Gift features a world-class orchestra, led by the pre-eminent arranger, composer, and conductor David Campbell, whose many credits include iconic recordings by artists including Linda Ronstadt, Beyoncé, Justin Timberlake, Barbra Streisand, Michael Jackson, Josh Groban, and his son Beck. My Gift is mixed by 14-time GRAMMY Award winning mixer, Serban Ghenea.

Although Underwood has previously recorded several Christmas songs which have become instant classics, her first full-length holiday album has been highly-anticipated by her fans around the world. The album will feature a combination of beloved traditional favorites celebrating her faith and the spiritual nature of the holiday, as well as original material (track list, songwriters, and special guests will be revealed at a later date). 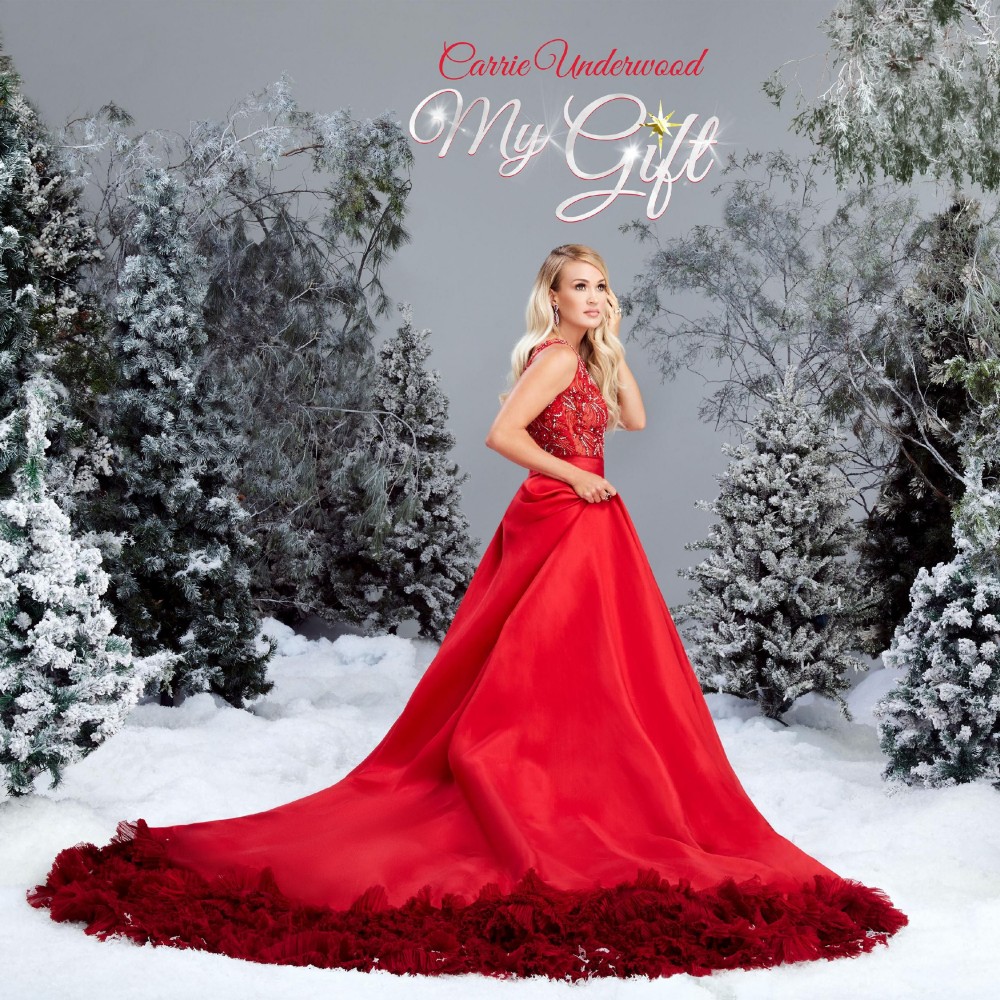 Underwood released her sixth studio album, Cry Pretty, in 2018, which she co-produced with David Garcia. Cry Pretty has been certified Platinum by the RIAA, becoming her seventh Platinum or multi-Platinum album, including her Greatest Hits: Decade #1. The critically-acclaimed album debuted at #1 on the Billboard 200 chart, cementing her place in history as the only woman to land four country albums at the top of the all-genre chart. The album was the best-selling all-genre female debut in 2018 and she continues to hold the record as RIAA’s #1 certified female artist for Digital Singles. Five singles from Cry Pretty have been certified by the RIAA, including the Platinum-certified “The Champion,” and the Gold-certified “Cry Pretty,” “Love Wins,” “Southbound,” and “Drinking Alone.” Additionally, the title track and lead single, co-written and co-produced by Carrie, topped the iTunes Top Songs charts in 12 countries.

In 2019, Underwood packed arenas across North America on her critically-acclaimed Cry Pretty Tour 360, with numerous sold-out shows including New York’s Madison Square Garden, Nashville’s Bridgestone Arena, and L.A.’s Staples Center, among many others. She also brought her UK arena tour, The Cry Pretty Tour UK, to thousands of fans throughout England, Wales and Scotland.

In early March, HarperCollins/Dey Street books published Underwood’s first fitness/lifestyle book, FIND YOUR PATH: Honor Your Body, Fuel Your Soul, and Get Strong with the Fit52 Life, which became an instant national bestseller, not only on the prestigious New York Times list, but also hitting #1 on Amazon and #1 on Publisher’s Weekly’s Bestseller lists, Wall Street Journal’s #1 bestselling nonfiction book and debuting at #4 on USA Today’s Bestselling Books list during its first week of publication. The same week, she launched her new fitness app, fit52, a holistic wellness platform designed to encourage and support users on their personal wellness journey and celebrated her 5th anniversary as founder and lead designer for her fitness and lifestyle brand, CALIA by Carrie Underwood.