“Element explores my personal journey over the course of a year late 2018 through 2019. During this time, I had made it a goal to write at least one song a month for a year about whatever I was experiencing during that time. The album makes several references to nature, magic, and fantasy – being in your ‘element,’ whatever form that may be.”

Having a sound reminiscent of Eisley, Phoebe Bridgers, and Soccer Mommy, Mena strives to “strike a chord with audiences and tell relevant, resonant stories.” Mena began writing music while in high school and went on to study Music and Psychology at Southern Methodist University, where she started her first band.

Her debut album, Maslow, was released in 2018 .and explored Maslow’s Hierarchy of Needs 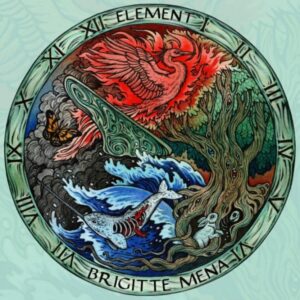