Riding a new wave of critical acclaim from A Different War, her incredibly timely and most politically charged album to date, widely heralded Biracial blues-rocker DANIELIA COTTON has risen again into the light, fiercely and defiantly, to join a star-studded lineup for “Rock for Relief,” the star-studded benefit concert supporting Feeding America’s COVID-19 Response Fund on July 3 at 8 pm ET and again at 11 pm ET broadcasted at www.rockforrelief.net.

Presented by United Stations Media Networks and Storic Media Podcast Network, “Rock for Relief” is the latest national spotlight event to heal this tattered nation for Cotton, following her performance at the Juneteenth Tulsa Block Party with Sen. Kamala Harris, Alfre Woodard, and others.

“Rock for Relief” arrives as Cotton is entering a “new normal” touring mode with her “Virtual Album Release Tour,” which kicked off last weekend at Sellersville Theater in Sellersville, PA, simultaneously launching the theater’s virtual concert series as well. Her next stop is July 8 at Tanzman Park in Woodbridge, NJ. More dates will be announced shortly.

Cotton will be performing an acoustic version, on piano, of “A Different War,” the title track from her latest album, which finds the woman whose music is “soulful enough to fill a revival tent” (The New York Times) and whose voice gives her songs “stunning power” (No Depression) speaking to these extraordinary times by unloading her sin while the world around her is gripped in a turbulent spin. 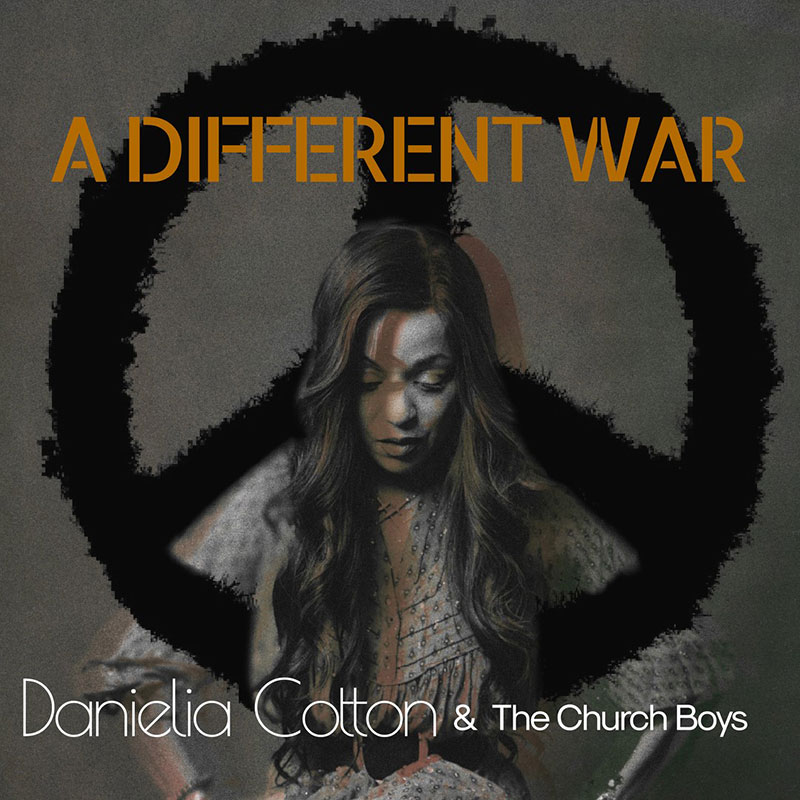 She will be joined for this special live performance by prominent Bronx hip-hop artist Mickey Factz, reprising his guest appearance on the original album track. “A Different War” examines how the reality of people of color getting called into battle as a result of being marginalized informs their entire existence. The song also urges us to press ahead because of the ongoing need for substantive change.

In a deeply personal and moving editorial she titled “Fade to Black” just published by SWAAY.com, Cotton confronts her own upbringing as a biracial woman in a predominantly white upper middle class New Jersey suburb. Read it here.

Cotton frames A Different War by confronting race, gender, and wealth − deeply personal and pervasive issues that have plagued folks like her for an eternity.

Calling the album, “stunning and stirring,” American Songwriter, which hosted an exclusive premiere of Cotton’s music video, “Cheap High,” her most recent single, praised A Different War for “an uncompromising urgency that transforms its songs into anthems for our times.” Including the album among its Best Bets in “The Hotness” Summer Issue, BUST Magazine raved: “A Different War is an album bursting with soulful blues rock, delivered with steely confidence. … Whether she’s wailing Janis Joplin-style on ‘Cheap High’ or declaring ‘I was not born a man, but I can do anything that he can,’ on ‘She Too,’ she’s in control, and she’s our kind of belter.”

Adding to the praise for A Different War, MediaNews Group syndicate was impressed at how Cotton’s “consistent ability to overcome pain and express it through music shines a light on the issues of the day and shows the world what it’s like to continue to fight.” San Francisco Classical Voice chimed in, saying “I would really encourage you to take a listen to” the new album.

Throughout her career, the longtime New Yorker from Hopewell, NJ, has drawn praise from the New York Times, Billboard, the Los Angeles Times, NPR, and USA Today, among many others. She continues to inhabit a song, turning it inside and out to create transcendent music and lyrics, and carry us higher and higher with her in her musical flights.

A Different War finds the gutsy New Yorker swimming through the tumultuous social issues of racism and greed, and the tempestuous waters of love and relationships. These are songs deeply rooted in the protest anthems of yesterday but built for the current state of our world. A multi-racial, gospel-fueled, Jewish blues-rocker who believes in the power of womanhood, Cotton grew up in a predominantly white New Jersey community as one of just seven black kids in her high school. She has survived cancer and the tragic loss of twins at birth, only to bounce back and finally welcome a daughter in 2018. Cotton’s consistent ability to overcome pain and express it through music shines a light on the issues of the day and shows the world what it’s like to fight “A Different War.”

A Different War is a true collaboration with some of the most talented musicians and technicians in the business. From Aaron Comess (Spin Doctors, Joan Osborne, Edie Brickell) on drums, Ben Butler (Sting, George Michael, Chris Botti) on guitar, and Andy Hess (Gov’t Mule, Black Crowes) on bass, to young gun guitarist Emmanuel Rossillo working his first major studio project, the record resonates with innovation and flare. The finishing touches of the brilliant mix provided by Dave O’Donnell (James Taylor, Sheryl Crow, John Mayer) and the mastering of Greg Calbi (numerous hits over the past 20 years) make this record a true meeting of the best of the best.

The evidence is clear on A Different War that DANIELIA COTTON continues to evolve and challenge herself as a musician. Fifteen years since her breakout as an Artist to Watch by influential Philadelphia public radio outlet WXPN, Cotton remains a true indie artist fighting for independence – the space to create her own sound and an audience that would journey with her.

Available NOW at Apple Music, Spotify, Amazon, and where music is consumed online.