Produced by Shane Alexander, A Thousand Tiny Torches is a delicate representation of Arielle Silver’s restoration of inspiration and revitalization of her dreams. The collection of songs on this album displays her relationship with songwriting and storytelling. “The songs on A Thousand Tiny Torches are all, in some way or another, about finding hope amid despair,” explains Silver. “They’re story-songs, in a way searching for some kind of illumination amid a struggle with loss. Though I didn’t write the songs consciously hewing to a theme, throughout the album, there’s a recurring motif of light in the dark — headlights, porch lights, lighthouses, bolts of lightning, fireflies, and stars. Though the songs emerged out of personal stories, they all touch on universal emotions and experiences.”

The first song on the album, “You Were Light,” is luminous and uplifting in its forgiveness after a rocky relationship, and accompanied by the reassuring strums of the guitar. Another album track, “Someone Else’s Dream,” describes the rigorous internal battle between who you are and who you want to be. The record’s lead singles, “Headlights” and “What Really Matters,” show her dynamic energy of choosing to be hopeful by the uplifting charm of uncertainty and empowerment. Most recently, these singles have been praised by American Songwriter, For Folk’s Sake, Americana Highways, and have been played on radio stations like NPR affiliates WFWM, WVTF, and WMNF, California Country Radio, Gimme Country, and more. 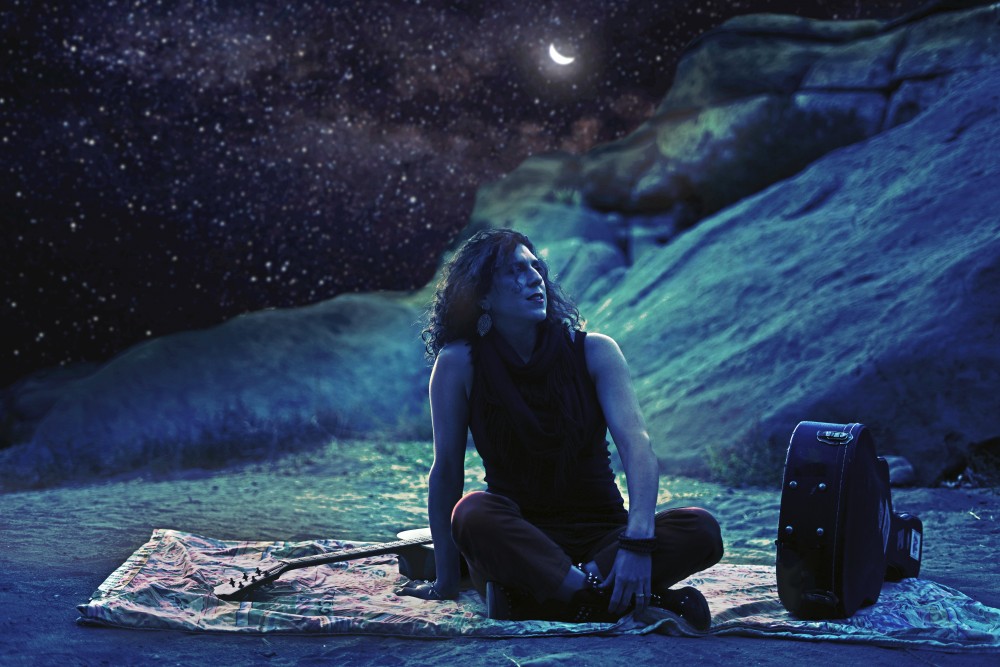 Arielle Silver is a Los Angeles based singer-songwriter. She previously released three albums and toured nationally with a band before losing sight of her future as an artist ten years ago. During her time away from music, Silver penned and published essays and poems, and was nominated for the Pushcart Prize and Best New Poets. In 2018, Silver built a “she shed” and started writing songs again, refueling her passion for songwriting. She is also a yoga instructor, literary writer, and food enthusiast currently working on a vegan cookbook.

The elegant journey that Arielle Silver illustrates in A Thousand Tiny Torches is invigorating and comforting. “I believe that healing happens concurrently on the individual and cultural levels. I hope these songs bring some consolation, catharsis, or understanding, and in their small way, help to heal a wound in someone’s heart.” You can download or stream A Thousand Tiny Torches now on music platforms worldwide. Follow Arielle Silver’s journey by visiting ArielleSilverMusic.com.