Great songwriters can turn the hardest hits in their lives into the best songs. There’s a worrying ache to these songs, a hint of bitterness, and a sense of loss. And if the songwriter has a sense of humor, there’s a bite to their lyrics. It’s not easy to fake, and it’s this heartbreak that lies at the heart of the best country songs. With this in mind, North Carolina songwriter Anna Lynch has turned her own recent heartaches and lost days into a series of songs for her new EP Apples in the Fall (March 13, 2020). These songs speak to love in the modern age as easily as they reference the country songs of old, and there’s a hint of wry irony in many of her lyrics. “He touches my backbone, and proves that I’ve got one, so I’ll pick a fight,” she sings in “Hotter than Hades.” It’s hard to write songs that are both brutally personal but also universally relatable. That’s the magic trick to great songwriting, but Lynch finds it easier to relate in song than in person. “I feel like it’s easier for me to show my heart in songs,” she says, “whereas in a day to day, I definitely use sarcasm to relate. I guess some people have called me standoffish. And that really sucks because I’m actually a really nice person.” Lynch is quick to laugh but slow to forget, and she’s learned not to be afraid of drawing her own story into her songs. 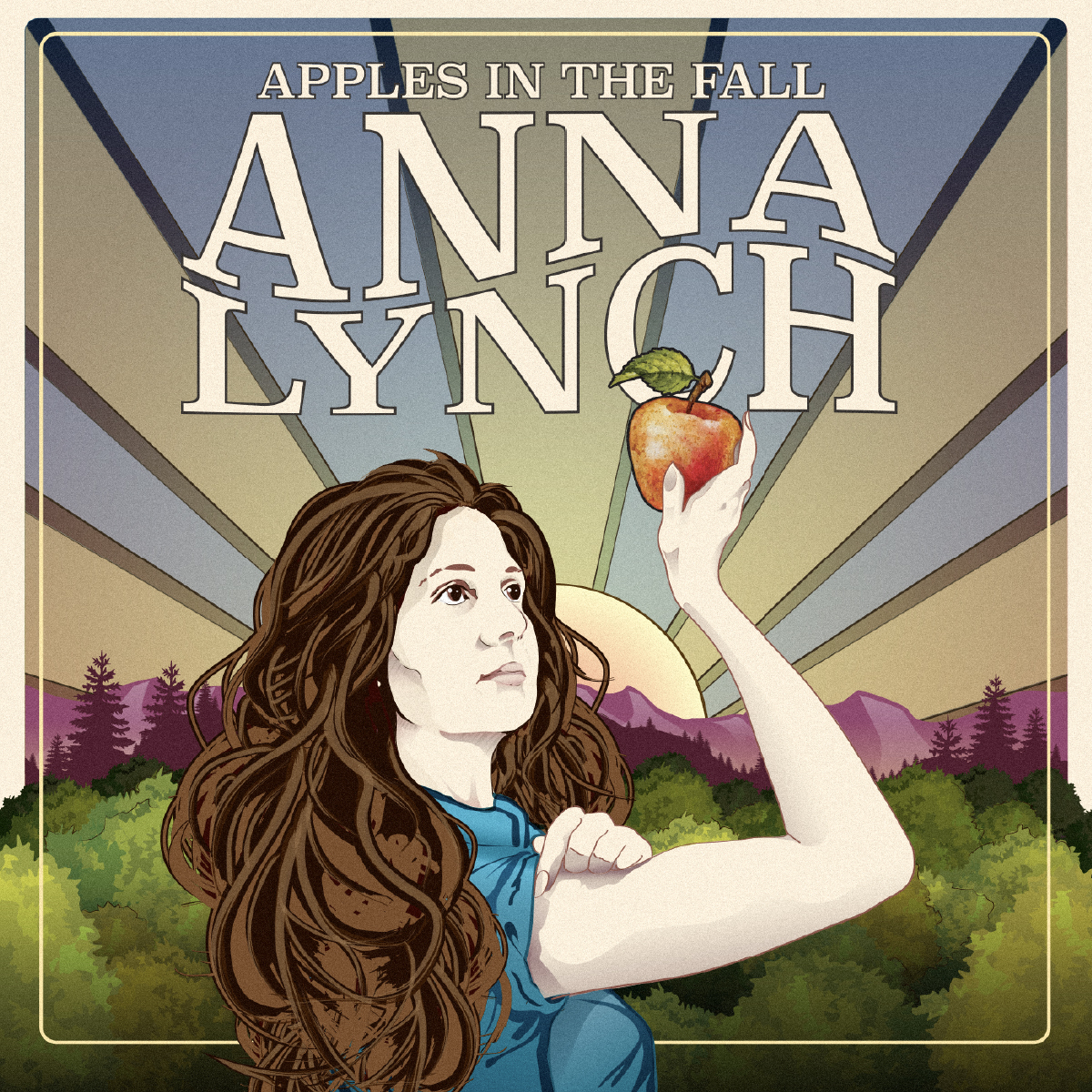 It’s been a long path for Anna Lynch to release these new songs. She first recorded them after a hard landing in Portland, Oregon, when she decided to leave her adopted home state of Alaska. Alaska’s tight-knit and supportive music community had helped her build her songwriting reputation early on, and though her birth state of California informed the EP’s title song, “Apples in the Fall,” other songs were written on the road, while moving, even in the Austin airport in one case. She’s settled down a bit now from her nomadic lifestyle, putting down roots in North Carolina, and finding a new music community there to help her turn these earlier songs into full band arrangements.

Like many today, Lynch has a sense that American culture, and the music industry especially, are due for a massive change. Speaking about the new wave of powerhouse women at the forefront of Americana and country right now, Lynch says “we’re screaming so loud that if you didn’t hear us before, it’s kind of impossible not to now. I love that.” Lynch also wants to relate an honest perspective on love in country and Americana songs, where traditionally internal conflicts and doubt have translated as “whiny” when a woman sings them, but powerful when a man sings about them. Her standout song “Hotter Than Hades,” as Lynch says, “is about modern love in the age of Tinder. What that looks like and also not being judgmental to yourself. It’s okay to want what you want and get what you want and be the person you are. I think a lot of people do feel judged a lot of times for being themselves and taking joy in things that they take joy in. And I wanted to put that out there because I know I’m not the only one.” She may not be the only one experiencing the strangeness of love in modern times, but she’s one of the very few that can write such cutting and beautiful songs about it.