Armed with their joyous yell, a signature grito, the members of Mariachi Reyna de Los Angeles assume their rightful place as role models during a crucial moment when women and marginalized peoples are taking stands and making their voices heard. In a male-dominated musical tradition, the Californian all-female ensemble makes clear that they are not tokens but true professionals who take their job as skilled mariachi performers and interpreters seriously.

Mariachi Reyna de Los Angeles’ masterful musicians are celebrated as groundbreakers and torchbearers. An incredible ensemble of violins, guitar, guitarrón, vihuela, trumpets, and perfectly harmonized voices, Mariachi Reyna has cultivated an exceptional sound that fully embodies the mariachi tradition and offers an exciting and engaging experience for both Spanish and non-Spanish speakers. Though they play the most iconic genre of Mexican folk music, Mariachi Reyna adds freshness, life, romance, and joy to the tradition. “We have our own sound, keeping it traditional, but our own sound,” says Julie Murillo, one of the group’s five violinists. 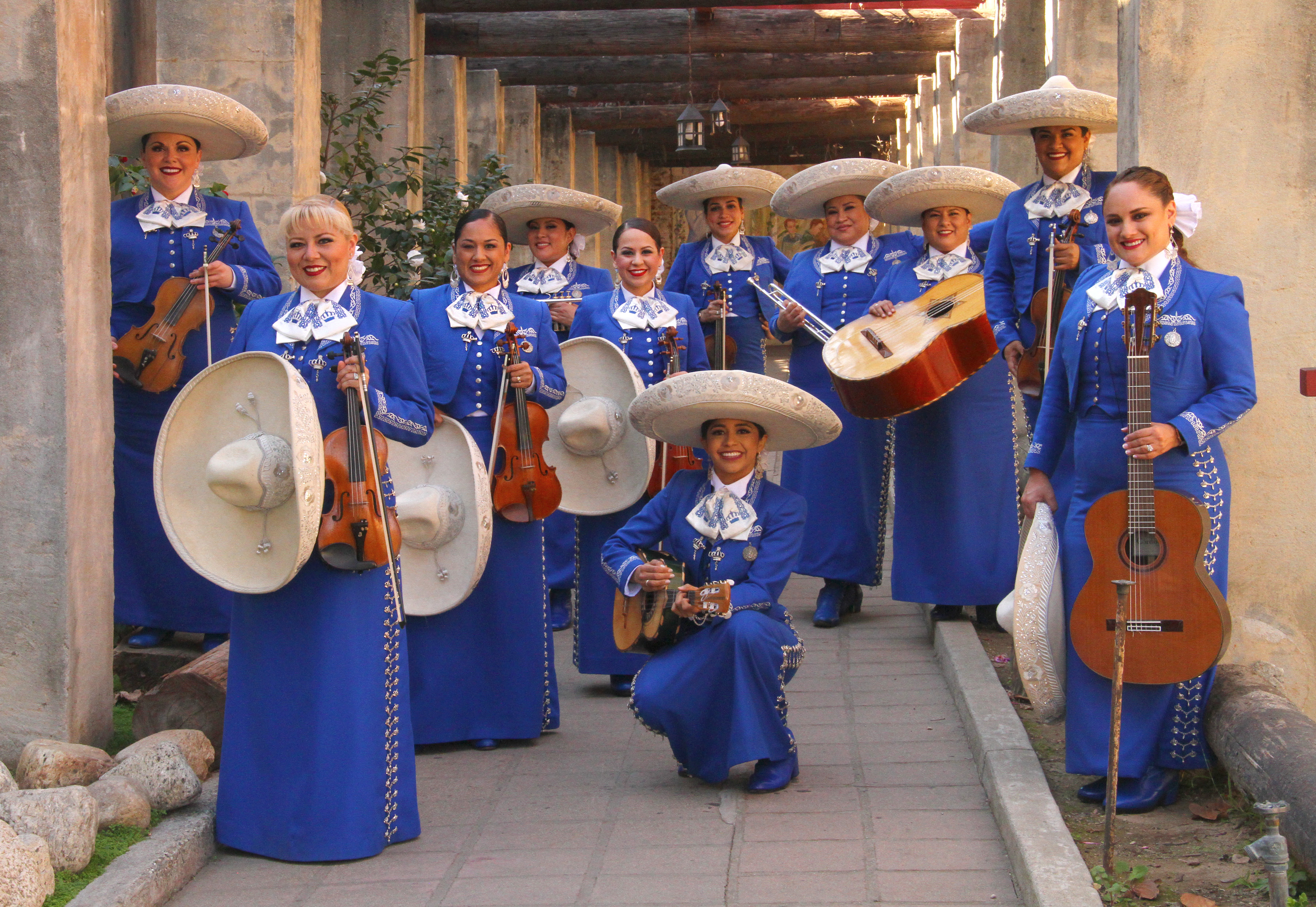 The group has a welcome place at Smithsonian Folkways Recordings, particularly poignant during this 70th anniversary year of Folkways, honoring the trailblazing collection’s legacy and future.

Out Aug. 17, ‘Mariachi Reyna de Los Angeles’ is the group’s follow-up to 2009’s Latin and American GRAMMY-nominated ‘Compañeras’ and 2014’s ‘Entre Mariachi y Corazón.’ It is their first album with Smithsonian Folkways.

Listen to a sampling here: soundcloud.com/smithsonian-folkways/sets/mariachi-reyna-de-los

‘Mariachi Reyna de Los Angeles’ is a powerful record that can transport and transform listeners. The homages to classic songs and composers revere mariachi’s beginnings in the Mexican countryside, while the new compositions, arrangements, and distinct interpretation Mariachi Reyna brings to the album forecast a future in which women have equal opportunities to sing and play music freely, to express and reveal their hearts’ true desires.

Opening track “El pitayero” (“The Pitaya Cutter”) is an upbeat and lively son jalisciense, the cornerstone of the mariachi musical tradition. Mariachi Reyna fills this generations-old gem with high energy and musicality in its surging dynamics and driving rhythms. On the polka-beat ranchera “Ingratos ojos míos” (“My Ungrateful Eyes”), they sing “Y no me mates papacito, no más déjate querer” (“And do not kill me papacito, just let yourself, love”). The song is one of unrequited love, but the dynamic interpretation reminds us that love’s agony gives meaning to life. “Te llegará mi olvido” (“My Oblivion Will Find You”) — written by the late, brilliant Mexican musician Juan Gabriel — tells the story of a singer longing for the day the feeling of being forgotten strikes the lover who has abandoned her. Though the song is a ranchera, the singer’s voice conveys a sorrow that emulates the emotional depth of a classic bolero.

The original mariachi sound emerged from western Mexico’s small towns and ranches during the 19th century, adopting its now-familiar instrumentation and style in the 20th century. Traditionally, mariachi has centered on men, with women having to fight for their right to perform the music. Mariachi’s history includes accounts of women playing the music as far back as the early 1900s, though only recently have those early female groups — Las Coronelas, Las Estrellas de México, Las Adelitas — received public acclaim.

Around the 1970s, California schools started teaching mariachi classes as part of bilingual and multicultural education; that helped mariachi become an outlet for women to express their passion and identity. Mariachi Reyna emerged from this movement under the direction of renowned mariachi musician and composer José Hernández. Realizing girls did not have role models like boys had, Hernández created the nonprofit Mariachi Heritage Society to offer instruction to young people.

“I knew I had to represent women in mariachi, but at a high professional musical level,” Hernández says. “I didn’t want it to be just a gimmick. I wanted them to project a sound that would blow everyone away. I don’t want them to say that for girls, they play pretty good.” Before Mariachi Reyna, virtually no music had been written for all-female ensembles. Under Hernández’s guidance, the group has thrived, performing fresh compositions and classic songs originally written for the male voice, now rearranged for female vocal ranges.

Since its beginnings in 1994, Mariachi Reyna has become a trendsetter. María Luisa Fregoso, a third-generation mariachi musician who joined in 1995, believes Mariachi Reyna has opened doors. Now “all these little girls that wanted to play trumpet have the support they need. They saw the [female] trumpet players playing at a high level, like a professional level. … All of a sudden, you saw little girls playing the guitarrón. … It was amazing!”