Jennifer Batten, along with some of our favorite iconic rock and roll legends, joined together while at The Rock n Roll Autograph Show in Los Angeles, CA back in September to record their recently released “If I Had the Time (I Could Change the World)” to benefit the work of St. Jude Children’s Research Hospital® in finding cures for pediatric catastrophic diseases. Fifty cents from each download of the song with go directly to St. Jude.

According to the press release, the benefit song was written and produced by legendary lead guitarist and songwriter, Dick Wagner (“The Maestro of Rock,” Alice Cooper, Aerosmith, Lou Reed, KISS).  Wagner state in the press release,“There is more love in the human heart than can ever be given away. This song is about giving a small part of that endless supply in your heart.” Wagner goes on to say, “When I wrote this song to benefit St. Jude children, I thought about what a song can mean in the context of our inner lives, the part that is willing to give, to help others in a time of need. “If I Had the Time (I Could Change the World)” embraces the notion that we can do something positive to help change lives. The children are the purpose of this song. By downloading this song, we can all make a difference – one download at a time.”

The Rockers for St. Jude challenge rock and roll fans around the world to spread “rock ‘n’ hope” by downloading and sharing the song this holiday season. “If I Had the Time (I Could Change the World)” is available for download worldwide. Buy it on iTunes, Amazon.com, cdbaby.com, and on digital download sites around the world, so help and do you part in changing the helping the lives of the children. It’s the perfect holiday gift from the heart!

Connect with ROCKER FOR ST. JUDE on Facebook: facebook.com/RockersforStJude 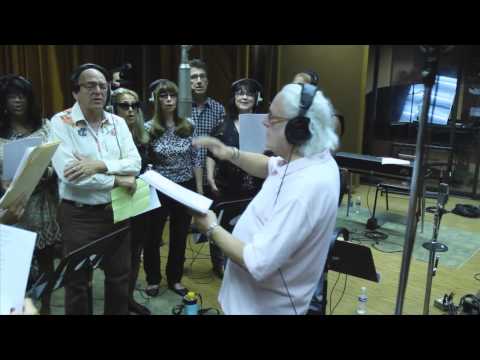 The Rockers for St. Jude record “If I Had the Time (I Could Change the World)” at Sunset Sound Studios, Hollywood CA. Photo Michael Easley