Time and time again while interviewing many of our artists, I hear that the iconic and legendary guitarist Jeff Beck was a major influence in their musical career.

It was announced recently that a two-hour documentary covering Beck’s music and career throughout the 1960s will be released in Feburary 2015.

From the announcement:  At the end of 1964, celebrated guitar maestro Eric Clapton left the Yardbirds, a band still searching for their first hit. His replacement was a player of very different capabilities – a technical and sonic pioneer who helped propel the group from their former status as a blues covers act to become one of the most innovative and daring musical collectives working in the UK.

This film traces Jeff Beck’s music and career throughout the 1960s – his formative influences and early groups, his work with The Yardbirds, his brief, bizarre reinvention by producer Mickie Most as a solo pop star, and the first, radical incarnation of the Jeff Beck Group, during which he played alongside vocalist Rod Stewart and second guitarist Ron Wood.

Featuring a plethora of rare performance and studio footage, exclusive interviews, contributions from those who worked with and alongside Jeff during this period and a host of other features, all of which combine to make this documentary – the first yet to singularly focus on Beck’s career  – a legitimate tribute and enthralling history of this often underrated musician, writer and performer.

To pre-order your copy: http://mvdb2b.com/s/JeffBeckAManForAllSeasonsInThe1960s/SIDVD581

See the trailer below: 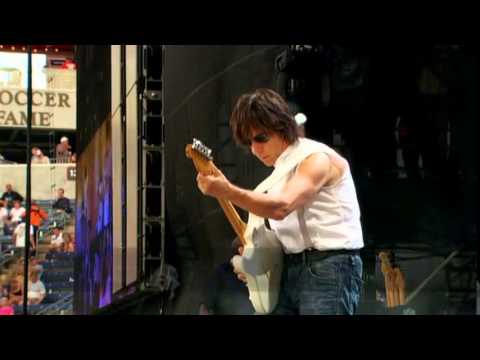