“I had learned about guitars from traveling across the country with Stefan Grossman. He collected all these great old pre-war Martin guitars that he would get at pawn shops all along these journeys, so I began to see and play these magnificent guitars as a teenager and really came to see them as the gold standard and I still think of them that way today.” 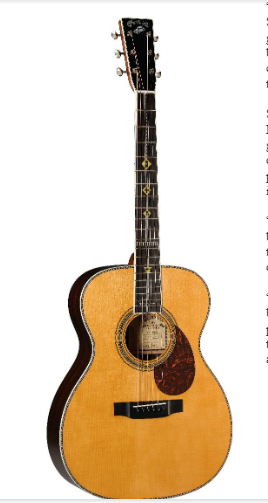 So, when Block had the chance to help design her own Signature Martin Guitar model, she chose an OM-40. “I wanted it to be a strong guitar and a guitar that would be a right size for a man or women. I didn’t want it to be gender specific, to design a guitar just for a woman player,” she said. “So, I basically wanted to take the quintessential instruments that I had been playing throughout that time period.”

“I think of Martin Guitars as being perfect for what I wanted to do because I play hard. I pound, and I snap, and do all those country blues techniques that I started emulating early on. You can’t do that on a delicate guitar,” she said.

“Then I wanted it to be a guitar that could hold medium gauge strings because you can’t really play on light gauge strings and get the particular volume. It just won’t hold up to that style. So, all those things had to be right for the guitar.” The design, a neck that emulates a black-top highway, is a credit to Martin Guitar’s artist Dick Boak.