(STEVENSVILLE, MD) October 11, 2022 – On the heels of their successful launch into the world of stompboxes, PRS Guitars has just released several additional new products including an amp, two acoustics, and the highly-anticipated Robben Ford signature model electric guitar.

“As a guitarist, everything is important. All the details have an impact. The willingness of Paul and everyone at PRS to dig deep and refine based on my feedback as an artist has been priceless.”

The PRS Robben Ford Limited Edition McCarty was first teased by Ford back in the summer of 2021. Limited to 200 pieces worldwide for 2022, this limited edition has been meticulously spec’d to deliver the highest level of playability and loud, clear, soulful tone. As an added detail, Paul Reed Smith has hand-signed the front of each headstock and Robben Ford has autographed the backplate of each instrument.

This limited edition is based on the PRS McCarty model and features a thicker mahogany back, a bound, 22-fret, 25” scale length Pattern mahogany neck, and African Blackwood fretboard. The guitar is anchored by a Vintage-Style tuners and a PRS Stoptail bridge with brass inserts, both of which add to the guitar’s liveliness and tone – as do its thin, hard nitro finish and bone nut. Perhaps most noteworthy on this model are the Robben Ford signature pickups and the modified control layout. Personally dialed-in by Ford and Smith throughout the R&D process, these pickups are tuned to deliver loud, clear, and full tone across the spectrum. Never too dark or overpowering, these pickups are paired with a single volume and tone control, 3-way toggle pickup selector, and a single mini-toggle switch that splits both pickups into single coils.

“Working on this guitar with Robben has been such an enjoyable experience. He pushed us hard to get every detail just right, and in the end, I think we have made an exceptional guitar that feels and sounds as good or better than many of the vintage instruments we hold as our teachers,” said Paul Reed Smith. 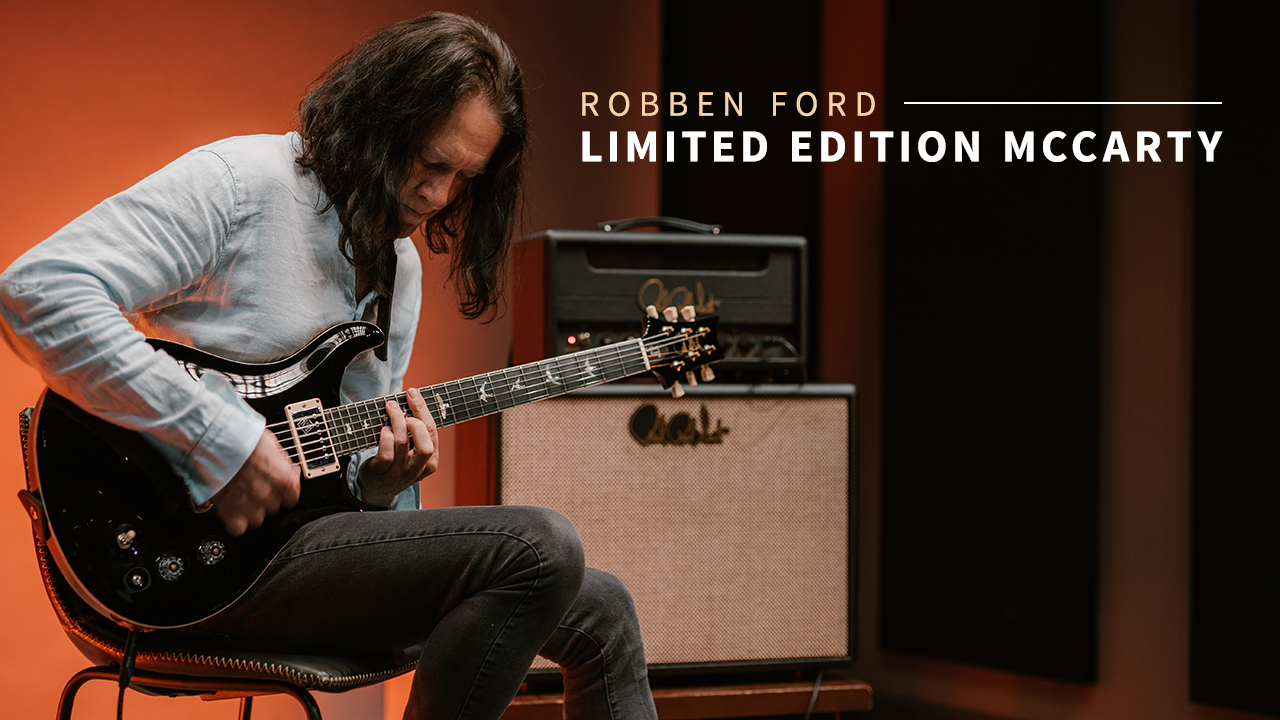 “The PRS HDRX 20 amp sounds like an old vintage plexi. PRS has painstakingly recreated the sound of the old transformers and it makes quite a difference in the musical smoothness of the sound.”

PRS launched the HDRX amp family in the summer of 2021 with both 100- and 50-watt heads. The PRS HDRX 20 features PRS’s newly documented “Authentic Hendrix” Touring Circuit. This circuit is heavily inspired by one of Hendrix’s personal amps, purportedly used at Woodstock, which Paul Reed Smith and PRS Amp Designer Doug Sewell were able to study in 2018.

Designed to push the high-end so it is very clear, but not so much that it’s harsh, the PRS HDRX shines without glaring and allows for thick yet articulate aggression that can be backed off for smooth, sweet tones. In this lower-wattage package, the HDRX 20 breaks up beautifully at more usable volumes. The addition of a Master Volume control on the HDRX 20, a new feature for HDRX amps, is another modern convenience. Players can use the Master Volume to control the power amp section of the HDRX, making it more user friendly for players who do not want to add a volume attenuator to their setup. The PRS HDRX 20 also features a 3-band TMB tone stack, 2-way bright switch, high-mid gain switch, and presence controls and is designed with internally bridged channels with individual treble and bass volume controls, eliminating the need for a jumper cable (historically used on the outside of the amp). 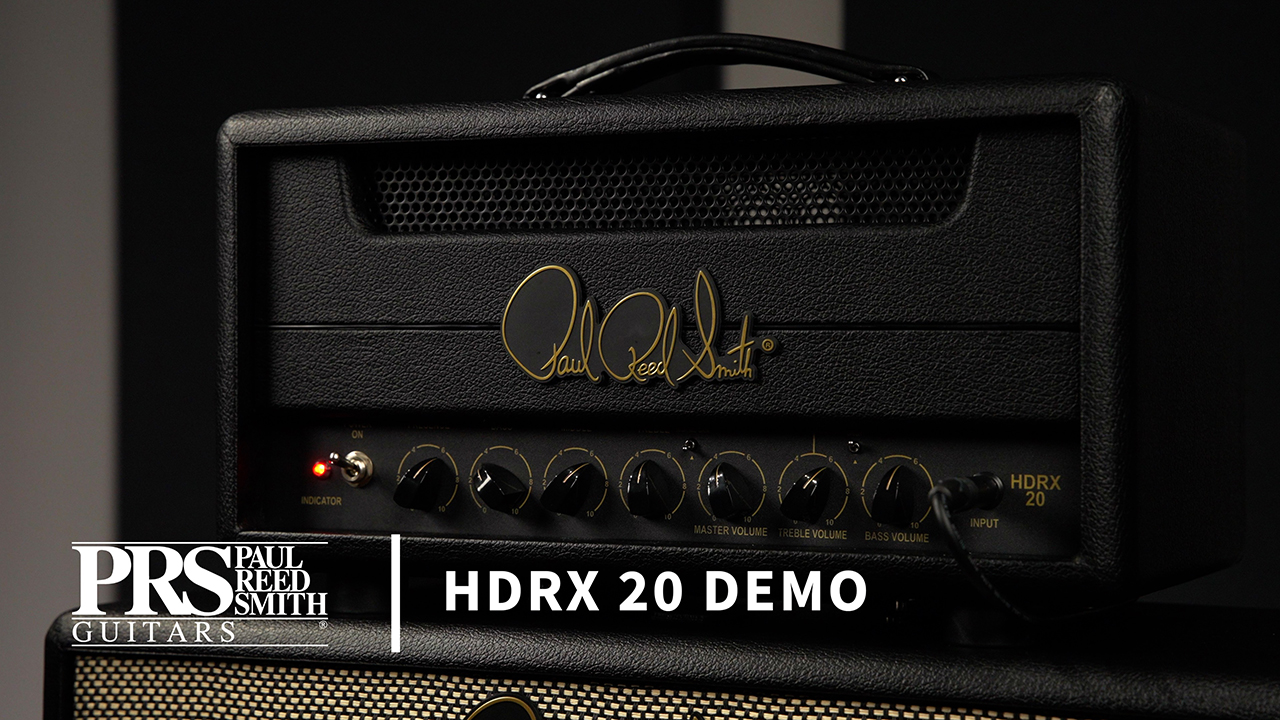 “We are always looking for ways to expand the sounds we are offering. Sometimes that is revolutionary, sometimes evolutionary. The A20E brings all-mahogany focused midrange and warmth to our most-popular body shape, the Angelus Cutaway. The P50E was actually the first parlor instrument we designed and is now bringing a different sonic presence and some added style to PRS parlor guitars.”

The PRS SE A20E Angelus Cutaway body shape delivers comfort and playability and is well-suited for picking and fingerstyle playing. The all-mahogany body gives the PRS SE A20E an organic, warm voice. The PRS SE P50E is a parlor-sized acoustic featuring a solid spruce top and figured maple back and sides, bringing a sophisticated new aesthetic to the popular parlor platform. This body size offers bold projection with more focused tone, and the maple back and sides provide unexpected warmth and tonal transparency.

Both new acoustics feature PRS’s distinct bracing pattern, which is modeled after a speaker cabinet and creates a single-diaphragm instrument. PRS hybrid “X”/Classical top bracing allows the top to freely vibrate and project, while the back and sides are more heavily braced to “lock them down” and encourage the tone of the guitar to push through the top. All PRS SE Series acoustics also feature the PRS-Voiced Fishman Sonitone Pickup system, which allows the natural sound of the instrument to come through. This electronics system features an undersaddle pickup and soundhole mounted preamp with easy-to-access volume and tone controls. Additional high-quality features include solid tops, ebony fretboards and bridges, bone nuts and saddles, as well as PRS trademark bird inlays and headstock design. Both acoustics ship with high-quality gig bags included.