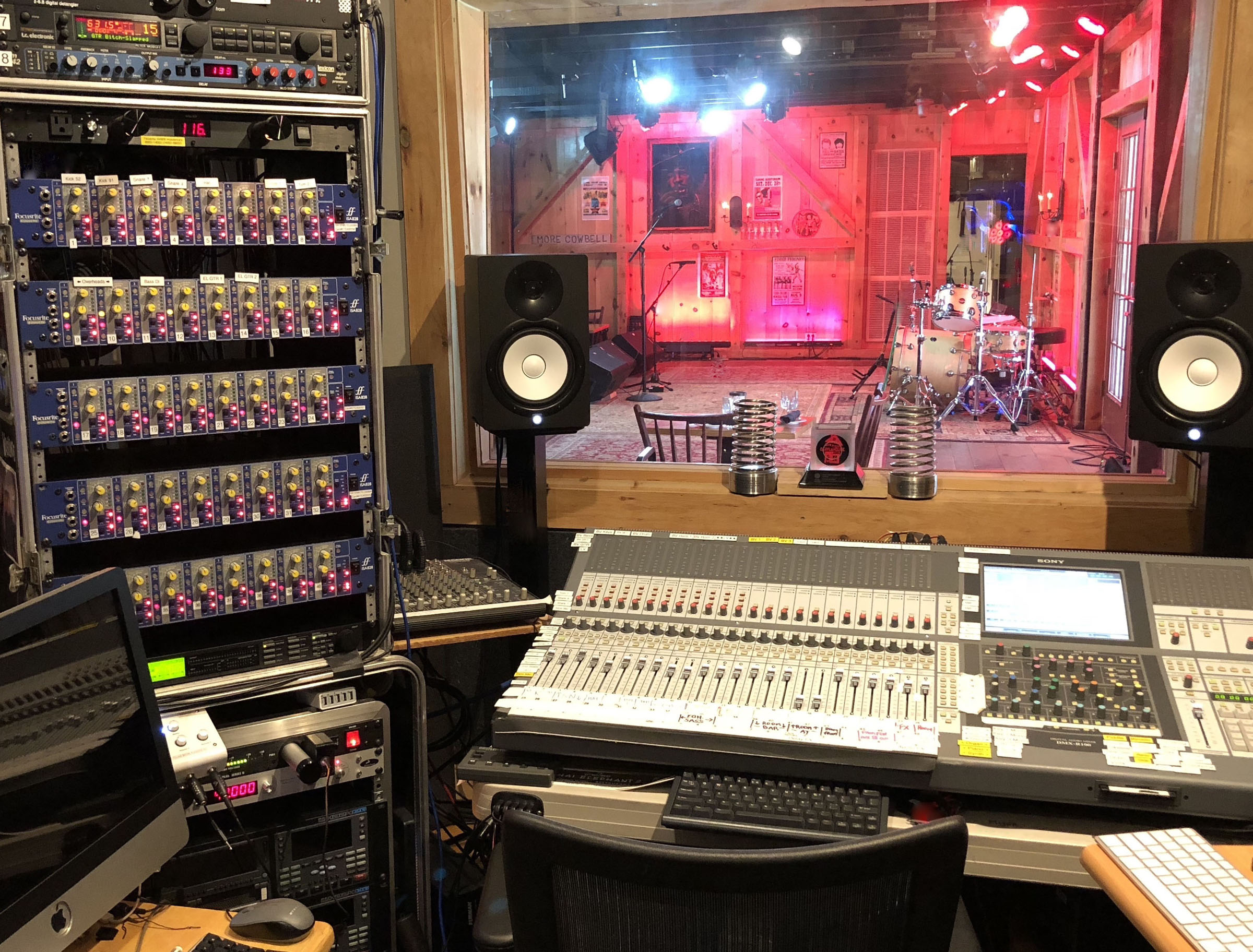 Los Angeles, CA, September 11, 2018 – Live From Daryl’s House has had a strong following since the show, hosted by Daryl Hall of Hall & Oates, debuted from his living room in 2007, when it started on the internet and then became a fixture on cable, with over 90 episodes so far. Since then Daryl’s House has moved and gotten bigger, settling in to Daryl’s House Restaurant & Live Music Club in Pawling, NY, a 300-person-capacity gourmet eatery and music venue. Throughout its various iterations, all of the recorded performances relied on theISA 828 Eight-Channel Mic Pre from Focusrite.

Hall’s longtime audio director and engineer Peter Moshay has been a fan of the 828 for years, he says, with a relationship that began with the original ISA 115HD Stereo Mic Pre and Equalizer. “Ever since the ISA 828 came out, I’ve been buying them and using them, literally, on everything,” says Moshay, who has engineered Hall & Oates records and live shows for over 30 years, and has worked with Hall since the inception of Live From Daryl’s House. “The ISA 828 is the reason we’ve been able to have such a consistent sound to the show over the years, from different locations and on the internet and on television,” and, he adds, the ISA 828 will continue to provide that consistency as Hall opens new venue ventures around the country in coming months and years.

Moshay has a rack of six ISA 828 mic pres, providing up to 48 channels of classic Focusrite audio. As he built his collection, he found that not only did the ISA 828 provide the classic Focusrite sonic signature, but it also allowed him to minimize his equipment package, which was a huge help in the early years when the show was literally done from Hall’s living room. “We had to break down after every show, so the 828 really helped make that a lot easier,” he recalls. Since then, the ISA 828 has been the bedrock of the sound for both the show and the live venue, where Moshay records almost every performance. “What I especially like about the ISA 828 is that it works for every microphone there is,” he says. “In addition, you can vary the impedance from 600 to 6,800 [ohms], which can dramatically change the sound of the microphone, so there are so many subtle but important ways you can use it to shape the vocal sounds. It’s gotten to the point where I don’t have to spend time dialing in a microphone — the 828 has gain structure that is so predictable that I know what it’s going to sound like before I even hear it, which is great when you get a last-minute addition to a show.”

“My goal is to have the sound be a combination of sitting in the room with us and a well-recording album all at the same time — and the 828 sounds so good it sounds like it was done in a studio,” Moshay says. This fall, Live From Daryl’s House will commence a new season with even wider distribution through BMG. But the sound will still be what millions of viewers have come to expect. “Just as though you were with us in Daryl’s living room,” says Moshay. “Up close and wonderful.”