Fender’s esteemed Masterbuilders are back with an incredible Artist Signature guitar, the JOHNNY A. SIGNATURE STRATOCASTER®.

Born John Antonopoulos in Malden, Mass., Johnny A. first got the guitar bug when he saw the Beatles in Boston at age 13. Taking the stage name “Johnny A.”, he steadily acquired a sterling reputation as a rock, blues and jazz ace with artists including Delaney & Bonnie, Derek and the Dominos keyboardist Bobby Whitlock and Creedence Clearwater Revival drummer Doug Clifford. The 1990s saw a seven-year stint as guitarist and musical director for J. Geils Band frontman Peter Wolf, and to really bring his career full circle, Johnny A. joined the Yardbirds in 2015 for a three-year stint. Today, he continues to wow listeners with his impeccable playing in a variety of studio and onstage projects.

“The history of this signature model came from a conversation with former Fender Custom Shop builder Chris Fleming,” said Johnny A. “When I was given the honor of having two Masterbuilt guitars, Ron Thorn offered himself up and I was thrilled. In the first conversation I had with him about the guitars, it was a pretty emotional conversation as I learned that one of the best memories he has of his dad is of when they would work on guitars together and my music was playing in the background. It’s this personal connection to music that really bonded us and I quickly knew Ron was the perfect one to build these initial guitars. I’ve had a bunch of Strats in my day and the first two guitars he built for me were incredible.”

The Custom Shop is proud to honor one of the “City on the Hill’s” finest guitarist/songwriters with the Johnny A. Signature Stratocaster. “I had a lot of discussions about pickups to match my tone and style… I was really able to go in and sculpt and dial in the specs for these guitars. I’m hoping that when the guitars are released to the public, it’s the specs people enjoy,” added Johnny A. 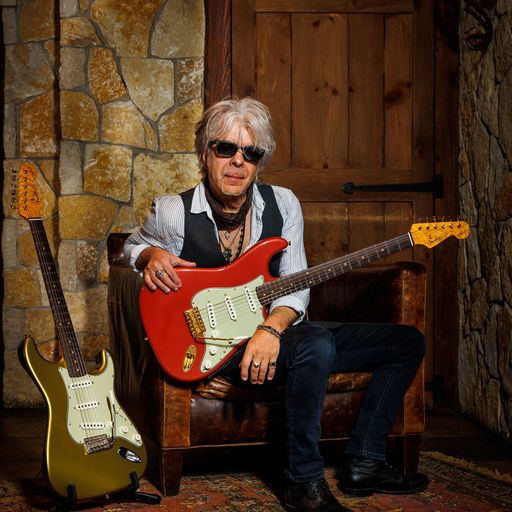 The Johnny A. Signature Stratocaster is an amalgamation of his four favorite model years—1963 through 1966. Features include: