Status LEDs with two colors make it easy to see changes when switching. And along with two dedicated expression pedal jacks, there’s an additional control jack with a three-way mode selector. It allows players to connect a third expression pedal or use the GA-FC EX for expanded applications.

The mode selector on the GA-FC EX opens up powerful capabilities with supported Katana MkII models. EXPAND mode supports the connection of an additional GA-FC EX or a standard GA-FC for even more floor control, giving players instant switching access to all memories and effects at once. FOOT CONTROL 2 mode is for using two Katana MkII amps together, providing the ability to select memories and effects on both amps from a single floor controller.

The GA-FC EX can be used with other BOSS and Roland amplifiers that support the GA-FC, but only standard GA-FC control functions are available. 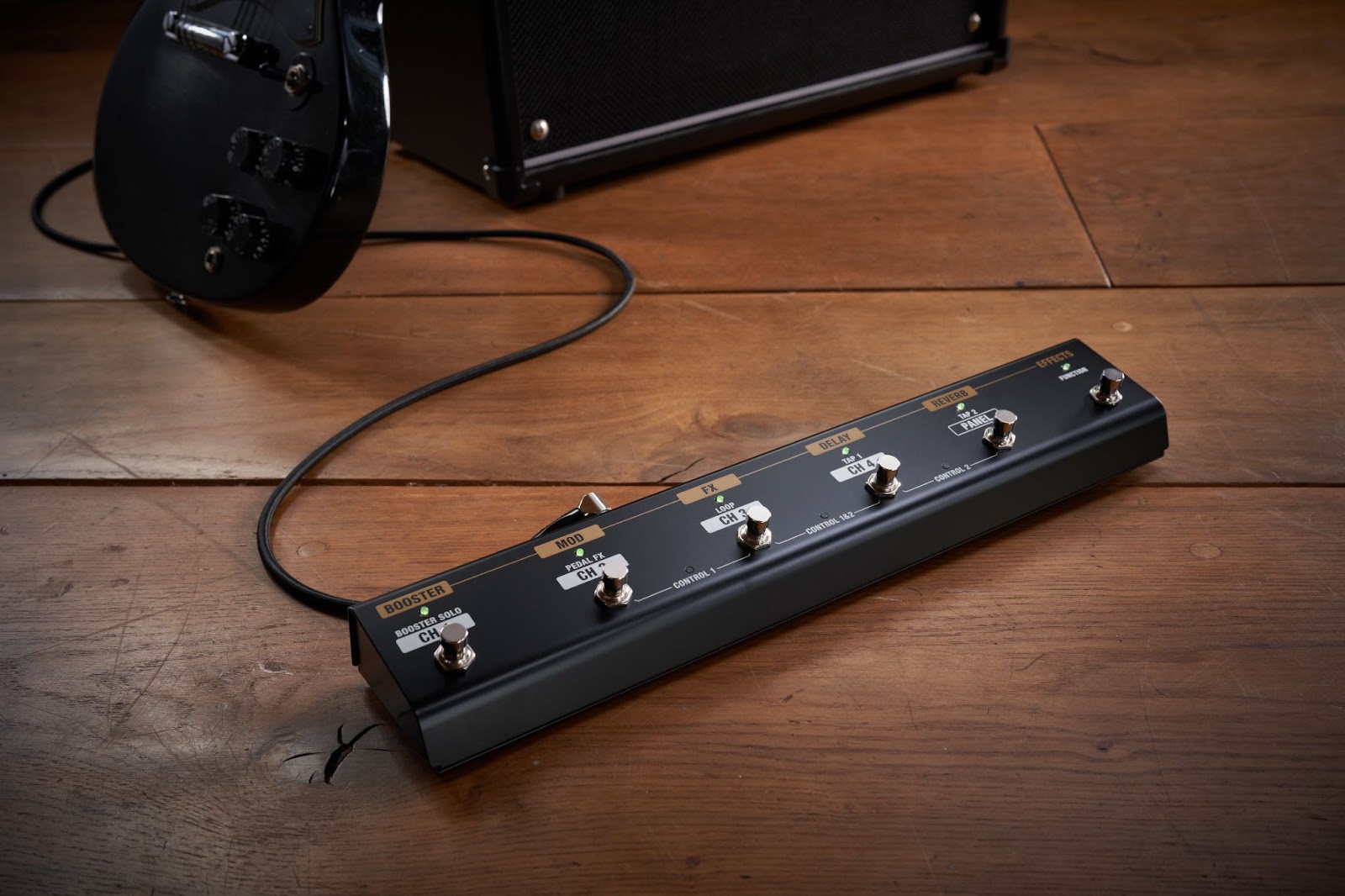