Home News Festivals The All Digital – All Female Ladybug Music Festival to Livestream on...

WHO:  The Ladybug Festival

WHAT:  The Ladybug Festival is the largest celebration of women in music in America, created in 2012 by Gable Music Ventures as an alternative to the predominantly male-driven festival lineups that were becoming the norm (on average female artists make up only 19%-30% of festival lineups).

Jamila Mustafa of MTV, BET, and other major broadcasting networks will be hosting this year’s event.

In addition to musical acts, the lineup will include: short cooking demonstrations, yoga, happy hour with an official Festival cocktail, and inspirational stories that all center around giving women a platform to shine.

WHEN:  They have partnered with Jet Phynx Films Creative Agency® to launch the summer’s biggest online, ALL FEMALE music festival to audiences worldwide on June 29 and June 30, 2020, kicking off at 5:00PM EST.

WHERE: There will be a $20 minimum donation to stream the two-day event at https://theladybugfestival.com/

Tickets on sale via www.theladybufestival.com.

WHY:  The festival was formed with the intention of bridging this gap, celebrating the empowerment of women, and giving women a stage to share their voices

Connect with The Ladybug Festival 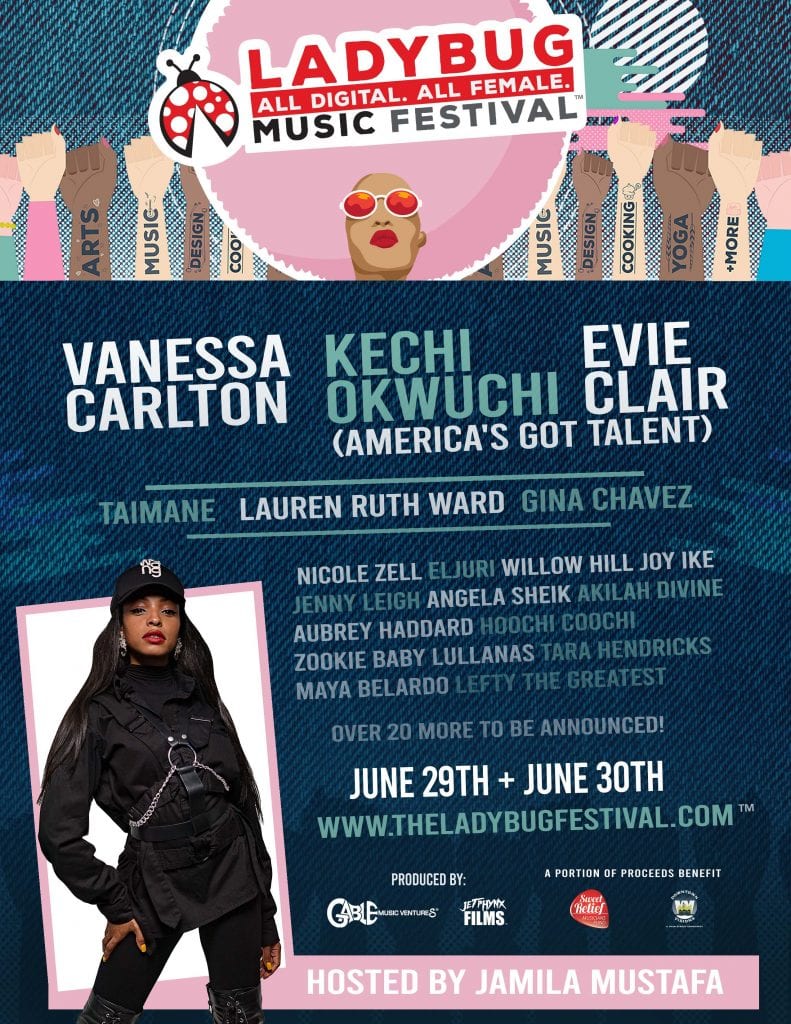