Fender recently announced in a press release their latest offering from the popular Pawn Shop Special series, the Vaporizer. Read the full press release below.

Fender’s Vaporizer amp evokes the 1950s-’60s age of the Space Race, when the atom-age world became enthralled with spaceflight and spacecraft. When the wild flights of fancy it launched permeated culture everywhere from film and television to cars, guitars, appliances and more–everything was bright, colorful and flashy. Garage bands blasted off with guitar music, and legions of musicians who couldn’t swing pro gear bashed away on department-store guitars and amps.

The Vaporizer amp blasts you like a ray gun back to that exciting era. Affordable and out of this world, it would’ve been right at home aboard a Mercury capsule and down in the backyard fallout shelter. It would’ve been stumbled on decades later in some pawn shop corner by an unconventional guitarist with an ear for the distinctive and an eye for the stylish.

For more information, go to fender.com 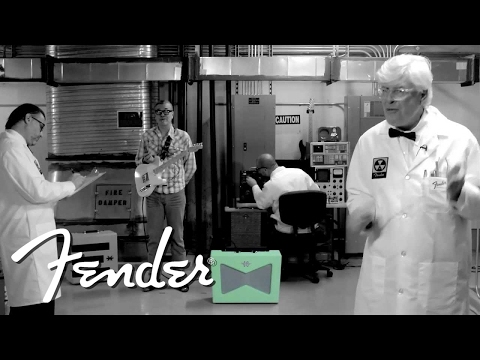