“CMA Country Christmas” is a production of the Country Music Association. Robert Deaton is the Executive Producer, Paul Miller is the Director, and Jon Macks is the writer. 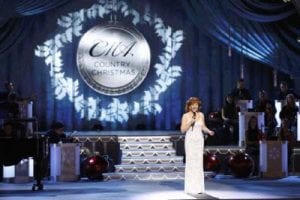