Home News Brandi Carlile’s new album “By The Way, I Forgive You ” out...

Brandi Carlile’s highly anticipated new album, BY The Way, I Forgive You will be released February 16 and is now available for pre-order. Produced by Grammy Award-winning producerDave Cobb and acclaimed musician Shooter Jennings, the album is Carlile’s first release in partnership with Cobb’s Low Country Sound imprint at Elektra Records.

In advance of the release, the album’s first single, “The Joke,” is premiering today (watch a live performance of the song filmed at RCA Studio A HERE / listen to audio only HERE). Already receiving widespread praise, NPR Music’s Ann Powers asserts, “By The Way, I Forgive You takes Carlile and her longtime bandmates, Phil and Tim Hanseroth, into a new space of risk-taking—as well as the emotional stratosphere. ‘The Joke,’ the first track to be released by, By The Way, exemplifies the album’s massive ambition. A country-rock aria dedicated to the delicate boys and striving girls born into—and, Carlile insists, destined to triumph over—this divisive time, ‘The Joke’ offers a stunning vocal performance from Carlile, swathed in warm piano, big drums, and a perfect string arrangement.” Each digital pre-order comes with an immediate download of “The Joke.”

In celebration of the album, the band will embark on an extensive nationwide tour in 2018 including newly confirmed shows at Seattle’s Moore Theatre (two nights), New York’s Beacon Theatre (two nights), Boston’s Orpheum Theatre, Chicago’s Chicago Theatre and Denver’s Red Rocks Amphitheatre. Concert tickets, which will include a digital copy of the album upon its February release, go on sale this Friday, November 17 and Saturday, November 18 at 10:00 am local time. See below for details. 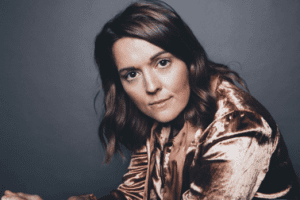 Recorded at Nashville’s historic RCA Studio A, By The Way, I Forgive You includes ten new songs written by Carlile and longtime collaborators and bandmates Tim and Phil Hanseroth. Of their close relationship, Brandi comments, “The Twins and I have been in a band for so long now. And not just a band, we are literally a family. When you create art with twins, it becomes unclear when I end and where they begin.” In addition to Carlile (vocals, guitar, piano), Tim Hanseroth (vocals, bass), Phil Hanseroth (vocals, guitar), Cobb (guitar, percussion) and Jennings (piano, organ), the album features Chris Powell (drums), Josh Neumann (cello), John Mark Painter (French horn) as well as string arrangements and conducting by the late Paul Buckmaster (Elton John, The Rolling Stones). 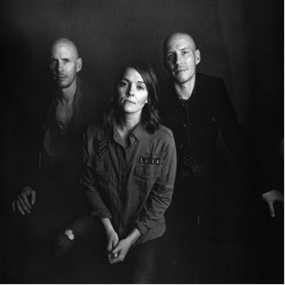 Over the course of their acclaimed career, the band has released six albums, including 2015’sThe Firewatcher’s Daughter, which garnered a Grammy nomination for “Best Americana Album.” Additionally, earlier this year, they released Cover Stories: Brandi Carlile Celebrates 10 Years of the Story (An Album to Benefit War Child), which features 14 artists covering the songs on their breakthrough album The Story with all proceeds benefiting War Child. Artists included on the acclaimed project, which Rolling Stone calls, “tender and powerful,” include Dolly Parton, Adele, Pearl Jam, Kris Kristofferson, The Avett Brothers, Margo Price and Jim James as well as a forward written by President Obama. More details can be found here. Most recently, the band performed at the Obama Foundation Summit’s inaugural community event (on the personal invitation from President Obama). Curated by Chance the Rapper, other artists involved included Lin-Manuel Miranda, Aziz Ansari and Lena Waithe, Gloria Estefan, Andra Day, Nas, The National and Francis & the Lights.

February 4-11—Cayamo, A Journey Through Song