The all-female band founded by sisters, Kristen Ellis-Henderson and Cathy Henderson, Antigone Rising, is back out on tour promoting the release of their new EP – Whiskey & Wine – Volume 2 which is due out October 28.

The band released Whiskey & Wine – Volume 1 earlier this year and the first single from the EP “That Was The Whiskey” (co-written by Lori McKenna (Faith Hill, Little Big Town, Hunter Hayes)) was nominated in the Country Song Category at the 13th Annual Independent Music Awards.

Antigone Rising has toured with iconic rockers The Rolling Stones, Aerosmith, The Allman Brothers Band, The Bangles and Rob Thomas; traveling to the Middle East and spending time in Israel and the West Bank as cultural ambassadors for the United States Embassy. They’ve been featured in Curve Magazine, Billboard, Out Magazine, Buzzfeed, AfterEllen and the Huffington Post, as well as appearances on The Today Show and The Tonight Show.

While on tour, Kristen took the time out of the band’s busy touring schedule to talk about touring, recording, their new music, and Atlanta fans!

GGM:  You’ve been out on tour since August and will be continuing the tour through the first of November. What’s been one of the most memorable moments of this tour?

KH:  We really love all our dates, it’s hard to pick a favorite – but on this particular run we got to play a huge concert on the beach in our home town of Sea Cliff, NY. We never play our home town, so it made that show extremely special to us.

GGM:  You recently released Whiskey & Wine – Volume 1 and the first single on the album “That Was The Whiskey” was nominated in the “Country Song” Category of the 13th Annual Independent Music Awards.  What inspired the song?

KH: “That Was The Whiskey” was inspired by a show we played at a music festival in Florida. It was Nini’s birthday and several fellow artists and good friends were in the house for the show including Garrison Starr, Vicki Petersen (Bangles), Michelle Malone and Lori McKenna. Audience members were sending lots of presents to the stage (in the form of shot glasses) and after the show Lori McKenna said we needed to write a song about the night. So the next time Nini and I got together with Lori, we wrote “That Was The Whiskey,” based on our shared experience at the music festival!

GGM:  Is there any one song on the album that is particularly special and, if so, why?

KH:  I think “Call Me Crazy” is one of my personal favorites as it was one of the first we co-wrote with Lori McKenna. Nini and I have really loved all our writing sessions with Lori. But I would have to say “That Was The Whiskey” is an overall favorite – it’s just a fun story song with an upbeat tempo.

GGM:   In an interview back in March with one of our writers Steve Byrd, Cathy was quoted as saying, “We write, record, perform, tour and market our music on our own… and we play all of our instruments as good as, if not better than the boys do.” That’s a pretty heavy load…how do you manage to strike a balance between all of those disciplines?

KH:  It helps to be a band. It’s very much like a team. Everyone has specific jobs and we pick up each other’s slack when necessary.

GGM:  Your follow-up album Whiskey & Wine – Volume 2 is due out in October. What can fans expect to hear on that album and are you performing any of the new material on tour?

KH:  We are definitely performing songs from Volume 2 on this run of dates. A few of the songs are extremely significant in a personal way – “My Town” was inspired by how our community came together in the face of some great losses last year, and “Game Changer” is about fighting for equality.

GGM:  Where was the new album recorded and what was the recording process for Volume 2?

KH:  We do all the recording in our lead singer’s home studio (Nini Camps) so it’s a very relaxed process.

GGM: Will there be any new music videos to accompany the release of Volume 2?

KH:  There will definitely be new music videos accompanying Volume 2! We are planning to shoot one for “Weed and Wine” first…so stand by!

GGM:  You’re no stranger to Atlanta and have a great deal of fans in the area.  Antigone Rising will be performing at Eddie’s Attic on September 19. What’s one thing you would like to say to your Atlanta fans?

KH:  We definitely consider Atlanta to be our home away from home. We refer to it as our home base of the South! It’s just a great town filled with amazing people and things to do.

TOUR DATES (shows are being added daily
so be sure and check their website HERE for updated info:

Antigone Rising – That Was The Whiskey Official Music Video 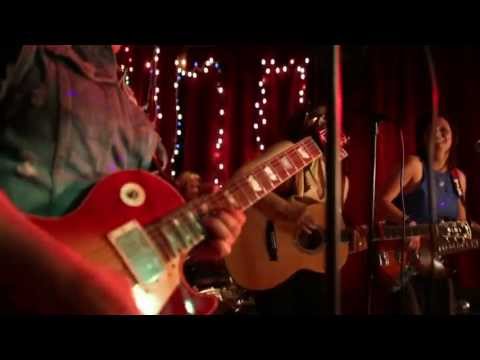