Home Interviews Who What Where When Why Kathryn Colina on her new EP, “Recovery”: Who, What, When, Why

Who: My name is Kathryn Colina and I am a singer/songwriter from Nashville, TN gearing up to release my debut six-song EP Recovery. I have always been a storyteller and absolutely love the challenge of confining a narrative within a single song. I’ve been playing guitar since 6th grade and had copywritten over 150 original songs by the time I decided to leave my New England life and head down to Nashville in 2012 for college. I majored in Creative Writing at Vanderbilt University and loved taking my 20-page short story assignments and condensing the essence or emotion of the story into roughly 8 stanzas of lyrics. Even though I had always dreamed of releasing my own music, I often doubted my ability to pursue that dream as I felt surrounded by a strong societal pressure to take a more practical or traditional path. After graduating in 2016, I decided to split the difference and enrolled in Audio Engineering school in Nashville with a plan to become a music producer. I figured I would still be able to surround myself with music while simultaneously avoiding the 9-5 desk job that never seemed to fit my personality. At the time, I didn’t really believe in my own music and truly thought that producing for others was as close as I would ever get.

That plan was severely upended in January, 2017 when a car accident drastically changed the trajectory of my life. Although my initial symptoms mainly consisted of neck and shoulder pain, that pain gradually worsened and spread, eventually leading me to develop leg tremors—a problem so severe, I soon found myself in a wheelchair, relying on opioids for pain management. After meeting with countless doctors and undergoing a multitude of tests that turned out inconclusive, I felt increasingly hopeless about the possibility of recovering. By the end of 2017, I was at the end of a rope that was fraying and about to give out. Fully in survival mode after a year of deteriorating health, I barely listened to music and had no desire to sing, let alone pick up my guitar. In early 2018, I had a life-changing breakthrough upon visiting a holistic doctor who was able to identify the source of my tremors. It took months of physical therapy, but I began to return to my body in a way that I never thought I would. Even though I was physically getting better, my mind was still stuck in this mentality of fear. As I lived within the confines of my PTSD and only focused on increasing my step count each day, I wrote down in my journal that I needed to lean into my passion for music to somehow find a way to fit in this world.

I am so grateful for what I now call my “dark year” because not only did it show me how short life can be, but it ultimately gave me the courage to take each day as a blessing and fully pursue something I love. It wasn’t until I met my producer in July 2018 that I began to understand that. My producer, Kevin Leach aka Sonic Pilot, was incredibly encouraging throughout the entire process and, at times, I felt like he believed in me more than I believed in myself. I am forever grateful to him for that. Being in the studio, immersing myself in music every day, I began to find my purpose again. I attribute my ability to recover to the unknown way in which music magically enters our brains and heals what’s broken. This album saved me in more ways than I can count and I am so grateful that I am now able to share these songs as a message of hope to anyone out there who may be going through a tough time.

Today, I feel so lucky to be working on my next project with producer and mix engineer, Jason Haag. I’ve learned so much over the past year and a half, working in various studios, meeting amazing artists, and getting to co-write on some really incredible tracks. I feel confident in my ability to once again learn the art of production. I hear melodies in my head every day. I piece together lyrics from books, TV series, random conversations I overhear. I jot down little phrases on napkins at the restaurant where I work and smile. There was an entire year where I thought that part of my brain was long gone, forever lost in Percocet, pain, and fear. By enduring a year of life without music, I gained the momentum to make music my life. My goal for the future is to release a fully self-produced album of my own work and I can’t wait to see where it goes from there.

My first self-produced music video for my song “Novocaine” is available on Youtube now.

An animated music video created by The Normal Network to accompany the release of my song “Stars” will be available on Youtube.

You can find up to date info on me and my music on my official website: kathryncolina.com 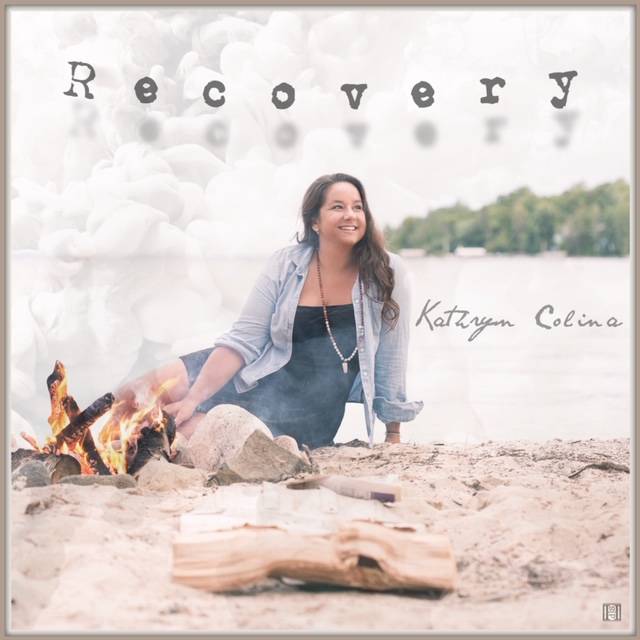 Why: As I prepare to share Recovery with the world, I hope that the strength and solace I discovered in making this EP might transfer onto my listeners—especially those who’ve endured a similar struggle. During that time when nobody could figure out what was causing my leg tremors, I had a lot of doctors tell me it was all in my head. Since then, I’ve talked to so many people who’ve dealt with health issues where no one can find a cure, and I hope these songs can be some kind of light for them. I am so thrilled to share this labor of love with friends and family, but, to be honest, I have also been so scared to be vulnerable and open up about something so deeply personal to me. We all have a story. My story is mine and perhaps, to some, it may seem like a walk in the park compared to their own life experiences. My only hope is that these songs can reach someone going through a similar time of misdiagnosis, self-doubt, drug dependency, fear, and maybe offer a light at the end of the tunnel.

COME JOIN US For An Amazing Evening Celebrating Women in Music – The 10th Annual She Rocks Awards, During NAMM, Thursday, June 2, at...

TUNE INTO CIRCLE NETWORK ON SATURDAY, DECEMBER 18 TO CATCH THE FIRST-EVER USO HOLIDAY SPECIAL AT THE GRAND OLE OPRY