We are Stef and Jodi, two BFF art school drop-outs who quit school to play music and tour the world. We have been referred to as the Romy and Michele of Rock ‘n’ Roll—which is quite accurate. We like to laugh and have a good time but aren’t afraid to ask for the businesswomen special. Stef was the girl who was always writing poems and listening to Bob Dylan; Jodi was the girl who dyed her hair black to look like Johnny Thunders of the New York Dolls; together, we are Mise en Scene. Our music blends both worlds to create something entirely unique. It’s energetic, it’s loud, but it’s vulnerable and real. It’s gritty and raw, but it’s catchy and considered. It’s Winnipeg, California! See what I did there 😉

We are releasing our new album, Winnipeg, California, on October 9 and can’t wait for you to hear it!

Stef Johnson: My definition of TONE: is a see-through leopard shirt with a black bra and a plaid shirt tied around your waist with a worn-in vintage denim jacket you stole from your mom with a PBR in the inside pocket. Depending on the song, it’s usually with white Converse or black Doc Martens.

I would say that my tone has remained very similar through the years. I trust my ears; whatever makes me say, “THERE, That’s it!” is what it ends up being. I’m a huge fan of following instinct so that you are always following the emotion of the song. I am also a fan of letting guitars have their voice; I play a Rickenbacker 330, so I like to let her do her thing.

Jodi Dunlop: Tone is like the colour palette to a painter. It allows the player to have a distinct style and a unique voice. My favourite paintings are by artists who are fearless and easily identifiable; the same could be said about the tones I gravitate toward in music.

Our tone has stayed pretty consistent, but we have definitely picked up a few gems along the way that have allowed us to expand on our creative choices.

Which gear (guitars, amps, pedals, drums, etc.) are you currently using and why?

Stef: Rickenbacker 330, Fender Hot Rod Deluxe, basic tuner pedal, Holy Grail Reverb Pedal, Strymon Deco Tape Saturation Pedal, BOSS Super OverDrive Pedal, BOSS Blues Driver Pedal. This set-up gives me exactly what I need to create the foundation sound of Mise en Scene. The Strymon Deco Tape with the Rickenbacker is the sound dreams are made of. It gives it this warm, visceral gritty old school tape vibe that is a signature sound on our record.

Jodi: I play Murat Duril cymbals, Los Cabos drumsticks, Pearl Exports, and a 1968 Ludwig Supraphonic snare. I realized the Supraphonic had to be my sound when I began playing it repeatedly in the studio. Every time I played it, it just made me feel super powerful. It felt right. Also, apparently, this snare is on the most hit recordings in history—half of those were probably because of Ringo, but that’s still very cool.

Stef: 11’s, don’t care what brand, however open to sponsorships 😉

Stef: Record drums first, then RHYTHM GUITAR, then everything else. Bass and leads need to work around that dynamic first.

Stef: Playing rhythm, I keep it very basic; I like having the sonic foundation of Mise en Scene be the most consistent thing (Rhythm Guitar and Drums) during a live set. I keep my pedalboard simple so that I can create the sound I need everywhere I go no matter what amp I’m going through.

Jodi: We are lucky in the sense that we are a pretty bare-bones, rock ‘n’ roll, guitar band. We don’t need to worry about plugging in a million keyboards, drum pads, and laptops. The most important thing for us is probably volume. Having to play quiet can really ruin our vibe. Other than that, it’s mostly just reverb, gain, and taking the time to do a decently thorough soundcheck so that we can get comfortable with where everything’s sitting on stage. Since we are quite loud, we need to be able to hear ourselves.

Stef: Mining the song down until it’s my version of complete, take it to Jodi, where she will increase the BPM and give it LIFE (she’s a punk rock drummer, she can’t help herself). Plug in the Ricki and play it loud. Sometimes just playing the song instrumentally to get a feel for the sections of the song. Then with vocals, we can really work with where we can refine the vibes, so that rhythm guitar, drums, and vocals are working really well with each other.

Jodi: I worked really hard in my teen years on rudiments, technique, and reading music. These days, I just work really hard on hanging out with my BFF, jamming, and having fun. That said, if we are prepping for the studio or about to go on tour, I will get my booty into gear by practicing to a click track. I care a lot about being consistent and staying in time. 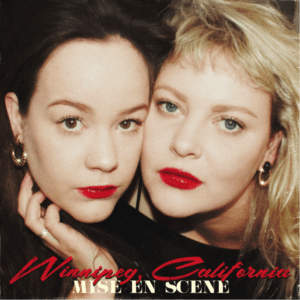