Hello! I’m Mackenzie Shivers, a singer-songwriter, multi-instrumentalist, and producer based out of New York. I just released my third LP Rejection Letter in April. My first instrument was the piano; I’ve been playing since I was four. But when the pandemic hit, I escaped to a friend’s home in Cape Cod and threw an old acoustic guitar in the back of our car. I spent those first couple months in lockdown discovering sounds and tunings that I couldn’t get from a piano, enjoying myself and the instrument. Then I saw that Laura Marling was doing guitar tutorials on her Instagram, so I started watching those and playing around with more alternate tunings and writing a batch of songs that would end up on Rejection Letter.

What is your definition of tone, and how has it changed over the years?
I think of tone as a song’s personality. It can say as much about a song as its lyrics. It helps establish the mood. It’s a palette of colors. Warm, haunting, rich, distorted, punchy, bright, etc. Something that I didn’t used to appreciate but really embrace now is that tone is very personal and individualistic, a form of self-expression. Everyone’s is different. 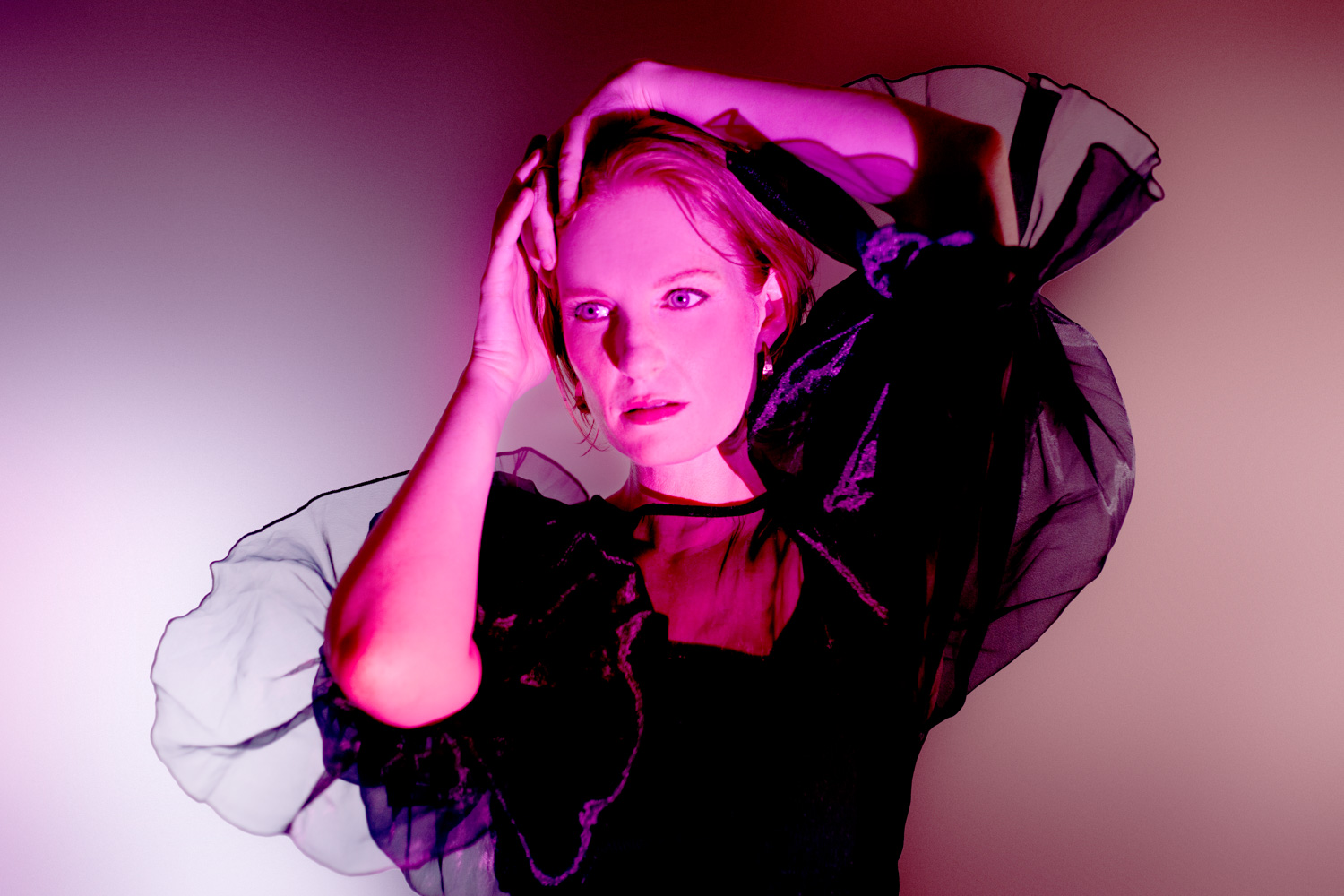 What are your favorite tonewoods?
I don’t have an answer to this one right now, but I look forward to when I am more well-versed in different guitars and have an opinion on tonewoods!

Which guitars, amps, and pedals are you currently using and why?
I’m playing an old acoustic that my great-grandmother bought for my dad in the late ’60s. She bought it from Sears. It had been sitting in my parents’ house for years, and when I was home a couple of years ago, we unearthed it from a closet and polished it up with some Murphy’s oil. And so the guitar was named Murphy. That’s the guitar I brought with me to Cape Cod.

What about strings?
Murphy has nylon strings. The guitar has a warm sound and is great for fingerpicking, but I also like to strum and play rock on it because it has this cool, gritty sound when I play it that way.

Are there certain recording techniques you prefer in the studio?
I have a song called “Gold” on Rejection Letter, and its core instrumentation is acoustic guitar and vocals. We set up a few mics in the room, and I sat in a chair and played and sang the song like I would have for a live performance. I love recording that way. We were going for a Laurel Canyon vibe, which is a throw-back but also completely classic.

What does your practice consist of?
I have a lot of vocal warmups that I do, and I also consider meditation part of my practice. With the guitar, I practice fingerpicking to a metronome, and I also will play a song over and over so that the muscle memory can take over. I try not to look at my hands when I’m playing, but it takes time and practice, and I’m still getting there! 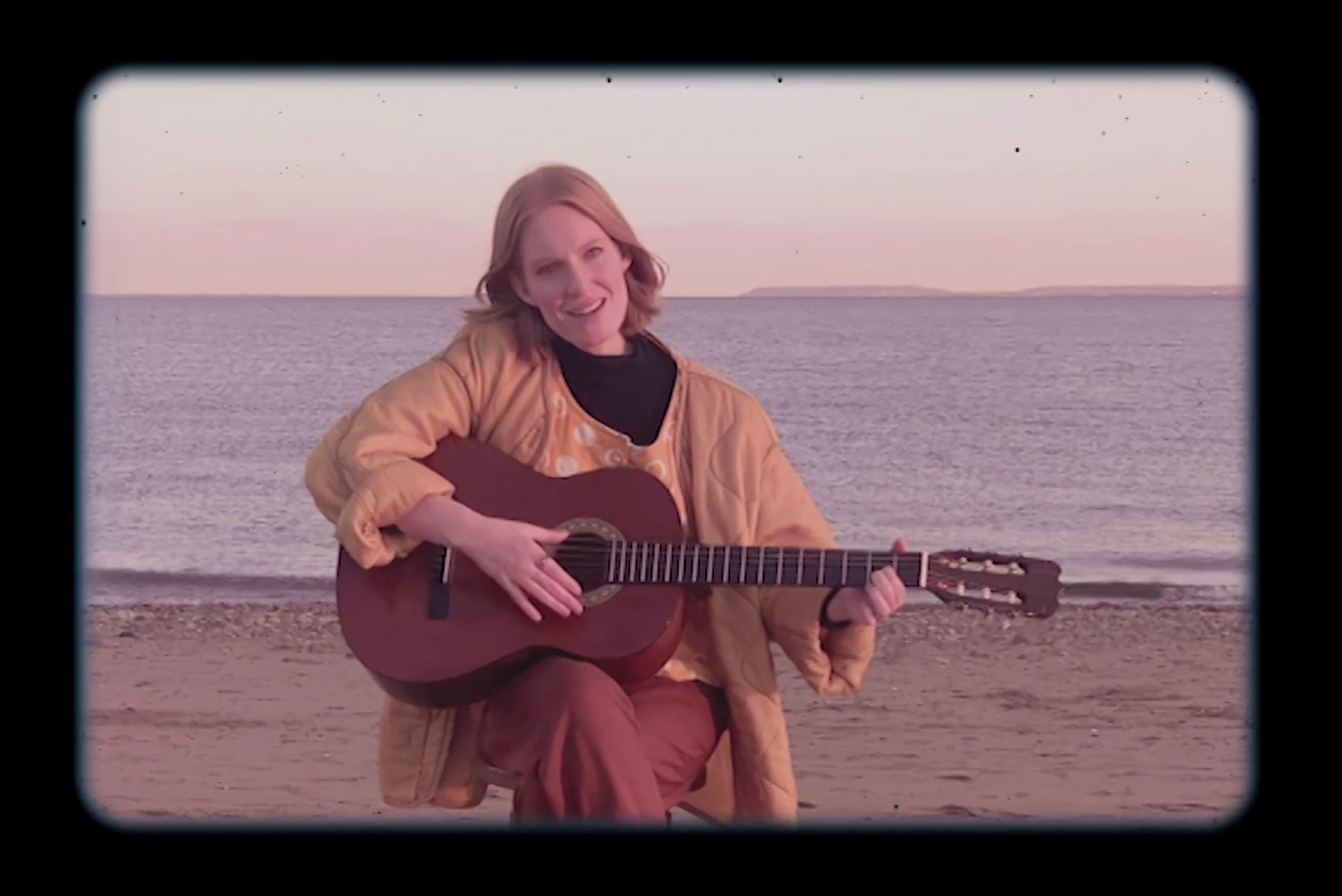 Favorite guitar riff or lick that inspired you to pick up the guitar and play?
It’s not so much a riff or lick, but I adore Joni Mitchell’s open tunings. A favorite is “Both Sides Now.”

What is your advice for young women who hope to work in the music industry?
Know that you’re good enough and you belong here. And don’t apologize for where you are in your practice. I played guitar for the very first time in a live show in 2019, and I told the audience I had never played live and was nervous and was almost apologetic about it. Afterwards, someone came up to me and said, “If you hadn’t told us that was your first time playing the guitar live, we never would have known.” That really stuck with me.