I don’t think my tone has changed that much really. For me, your guitar tone really is like the cliché goes “all in the fingers.” I do believe it’s partly made up from who you’ve listened to and learned from, but mostly you have a natural way of playing. I think all guitar players have an individual touch that stays with them and is identifiable on listening. 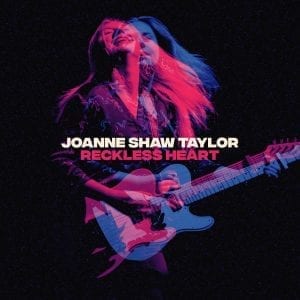 Which guitars, amps, and pedals are you currently using and why?

Currently, I have my main guitar “Junior” which is a 1966 Fender Esquire. I have a second Telecaster on the road, which is an Albert Collins signature model guitar. Finally, I have a 2008 standard Gibson Les Paul. For amps, I’m running a 1963 Fender Bassman, piggyback style like Brian Setzer, that I run alongside my Bletchley “Beltchfire” 50-watt head with a 4X12 Marshall cab. The Bletchley amps are made in Detroit by Danny Russel and sound awesome—very much a Marshall Plexi vibe. For pedals, I have an Ibanez TS-808 Tube Screamer, a DryBell Vibe Machine, and an Electro-Harmonix Holy Grail Reverb.

For me, I prefer quite a live setup! So, the whole band in the live room for the basic tracks. I don’t like recording to click, as I feel it changes the feel and natural sway of the songs. In terms of guitar tones, I like to keep the amps running in a separate room, so we can crank them as loud as possible to get a natural gain as opposed to having to use distortion or an overdrive pedal.

Having a good front of house tech and monitor engineer is the obvious way to get consistent live sound and I’m fortunate to have great guys on tour with me. I also figure out the set list and guitar set up for the tour well ahead of time, so it’s well-rehearsed and polished for the live shows.

Just play would be my advice,
as long as you’re enjoying it
and having fun, you’ll want
to keep improving.

Mostly I just jam, sit home and listen to my favorite guitar players, and play along. If I’m wanting to write, I’ll try and learn some things that are outside of my usual wheelhouse to see if it inspires me to find some new riffs, etc. At the moment, I’ve been playing a lot of older Albert King stuff, but also Paramore’s last album and a band called The 1975. Just play would be my advice, as long as you’re enjoying it and having fun, you’ll want to keep improving. Also, make sure to include a good warm up and cool down as it really is important to help prevent injury.

My advice to young women who are trying to start in the music industry is to work harder than anybody else. It’s still a male-dominated industry, and unfortunately, you will probably run into some negativity because of that. There’s no reason you can’t work in this industry or any other just because you’re female however you may be put in positions where you have to work harder than your male counterparts to prove your worth. So, work hard, surround yourself with as many good people as you can, and don’t listen to anybody who tells you that you can’t do something.

Check out the music video for “The Best Thing.”