British/Lebanese songwriter, artist, musician, and producer Tatiana DeMaria was born and raised in the UK and Paris on what she’s described as a “diet of punk rock and hip hop.” As a young teen, she founded the rock band TAT, and by the time she was eighteen, the band’s debut album, Soho Lights, produced two UK chart-topping singles. TAT toured throughout Europe and North America alongside bands NOFX, Bad Religion, Alice Cooper, Joan Jett, and more, and played The Vans Warped Tour five times becoming a fan favorite.

In 2018, DeMaria began a solo career with a unique sound of her own. Her credits include writing, producing, and performing movie soundtracks (Blue Crush 2) and commercials (Pepsi, 7 Up, etc.). She recently recorded eight songs for and made a performance in the new American Pie: Girls Rule movie.

You were involved in an appearance on and songs written for the new American Pie: Girls Rule movie. How did that collaboration form?

The director, Mike Elliot, called me and asked me to do it. I had worked with him on Blue Crush 2 for which I did the soundtrack for as well.

When did you first become involved with music?

I had always had a super-strong connection with it from an early age and how it affected me. As cheesy as it is for a musician to say, having synesthesia in several forms and having physical reactions to sound plays a big part in the draw for me. I then found that the words were more true than what I was experiencing in the world, so it became a natural part of growing up to be so attached to it.

I took piano for a few years as a young kid and when I was eleven picked up the guitar with an insatiable appetite for punk rock and hip hop.

My eldest brother had played “House Of The Rising Sun” by The Animals on loop, which I thought was beautiful and also thought he was the coolest. I loved that song and it was the first song I learned to play. I then discovered power chords and it was f**king on from there.

Armed with a f**k ton of adrenaline and a loud amp, it became my truest expression as a human, so I followed it to here and am still going wherever it takes me. 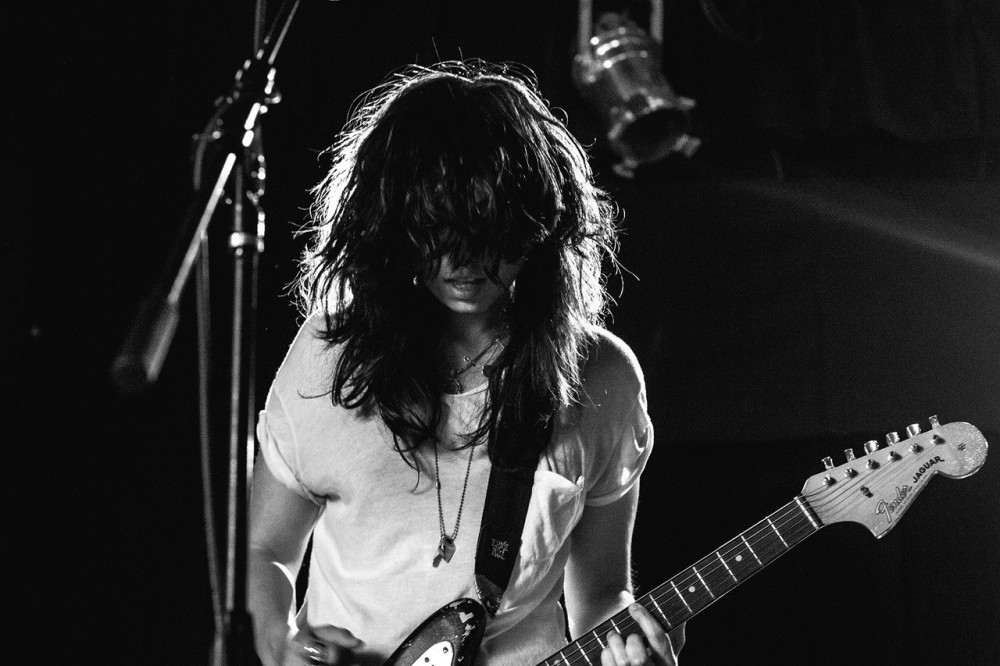 What came first, piano or guitar?

Played piano for two years when I was four to six years old and then again from ten to thirteen. Hated authority and discipline so my parents let me off the hook, which I’m not sure I would do over.

Guitar started at eleven; had six lessons, then self-taught. Now I switch up writing on piano or guitar as the inspiration is different on each, which I love.

What inspires your songwriting process? Melody first, or lyrics?

Inspired by life. Feeling, truth, honesty. The human condition. Reaching for the rawest expression of it within the musical elements I feel and love.

I start with either or both. I think it’s important to be able to let inspiration come in any form. A lot of my debut album I wrote in TAT, Soho Lights was freestyled while I was playing. I would play chords I was feeling and sing over it. Things came out really easily as a young teen bursting with sh*t I wanted to say, so the writing of it was fast.

After years of writing, that still happens for me which I love, but also being familiar with chords, words. Sometimes I have chords and am stuck for words. Sometimes words, stuck for chords that do them justice. The practice for me is to let either happen and be able to see the emotion through no matter what starts the inspiration.

I put together a process of making sure each is easy for me on a consistent basis. With that said, I hated being stuck, and have actually put some of these tools in one of my courses that drops soon to help people have that flexibility too.

Which musicians/vocalists influenced you the most?

Not only a performing artist, but you are also heavily involved in producing. Share with us some of the projects you’re currently involved with.

Some I can’t say just yet, but the main thing I’m focused on now is my upcoming EP and upcoming debut solo album.

What are the top five songs on your current playlist?

Honestly, I’m in a random phase of whatever the f**k right now, so I’ll keep it to the last few songs I played:

F**k feeling guilty for the sh*t that you like. Life is short man. There is good and bad sh*t in every part of life and it all depends on the human. What might be understood as a ‘guilty pleasure’ would be that I love a few of Tekashi69 songs “Tic Toc” and “Waka.” The lyrics are bollocks, but the production is great as are some of the cadence and melodies are dope. I will listen to them next to Leonard Cohen and Ani DiFranco, Nirvana, 2Pac, J, Cole; and sh*t, if Max Martin drops a pop banger, I can’t resist, I’ll chuck that in too.

The acceptance that mood, energy, depth, melody, creativity can all be appreciated in different ways and at different times, keeps me creative and excited. There can be a nugget in a song you love without loving the artist or even the words. I used to not be able to listen to sh*t with bad lyrics, now I’m able to take the good bits, ignore the words, enjoy a melody and beat, and keep it pushing.

So long as I keep my overall input real and resonating with myself, I’m good.

The more we feel guilt, the more we limit our creativity. I also realise it’s a lighthearted question, but I go deep with it because ANY shame around what you like even jokingly stifles you. F**k it. Loud and proud, sh*t gets me off in many ways. Let’s goooo!

What three things can’t you live without?

Any advice for young female artists just getting started?

Do what you love. Whatever that is. Playing an instrument? Writing words?

Get excellent at your craft. Be excellent first. A great manager, label, lawyer, etc. can push what you are further, but none of these people can make you. So stay focused on your sh*t till it is f**king fire. Get out there and create your own opportunities. Above all, love what you do and stay true to you and how you feel.

There are no barriers of entry other than being great at what you do in music. No one can take your ability away or stop you from growing in music. You can practice alone, learn alone, create alone, release alone. It’s all there. Get at it, become excellent and undeniable.

My debut EP and debut solo album, which I can’t wait to drop.

I also have some new courses on songwriting, production, and industry I’m dropping too this year which I’m excited to get rolling.

Aside from that, I had a few songs come out, so more videos around those and an Acoustic EP that already has a few singles out.

Let’s see how CoronaLand affects touring and timing and we’ll take it from there.