Señoj is an incredibly talented Atlanta-based artist who is on the rise to stardom. She was recently featured on SoundCloud’s artist platform Repost, gaining her huge amounts of traction. Her new single and music video for her song “Lost” are out now and are filled with exceptional R&B and pop nuances and themes that stay true to her incredible artistry.

The young starlet has also been recording and producing tracks with the multi-platinum, Golden Globe, and GRAMMY award-winning producer Slikk, who has worked with Ariana Grande, Chris Brown, and Lil’ Wayne.

She also tracked three new songs with The Viirgos, who have worked with artists on Roc Nation, the legendary Jay-Z’s record label.

Señoj is a classically trained pianist and vocalist, and her song “Leave It Alone” was featured in the Amazon Prime Original film The Morning After. She is also a GRAMMY Songwriter’s Camp prodigy and a recipient of the Ella Fitzgerald Songwriters’ Scholarship.

Introduce us to yourself: who is Señoj? Tell us about your backstory, your brand, and what makes you stand out as an artist.

My backstory…I am a native Atlantan who grew up with a musical family. I remember always hearing my mom and grandad playing the piano. I can’t say it made me want to practice more at the time, but I got there! My mom taught me to read music, so it has always been different being a classically trained musician. 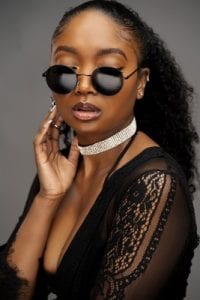 It’s so exciting that you’re working with so many incredible people. You recently recorded three new tracks in Brooklyn with The Viirgos, what was that experience like?

I really enjoyed creating in a different space. The Viirgos are an incredibly talented producer group, and I feel as though we meshed well. I can’t wait for the world to hear what we created!

What do you want your fans to take away from your music?

I write music as therapy. It helps me with the things I’m going through, and sometimes I write to express the emotions of those around me. Regardless, it’s always something that is relatable. A lot of us live similar lives when it comes to love and s/o’s, and I want people to hear my music and feel like they aren’t alone.

Tell us a little bit about your upcoming project for your song “FLEX.” What is that process looking like?

Tedious! I am really excited about the release of this song. Because the song is done, the most effort currently is being put into the music video. I am working with Hoca studios (who shot the “Lost” video) to shoot the video for “FLEX.” It’s a full-time job! Between dance rehearsals, picking out my wardrobe, finding locations, models, dancers. It’s a lot, but I’m so excited about the end product.

How does it feel to receive so much love from the team over at SoundCloud on your music?

That felt incredible. There are so many people who use SoundCloud to upload their music, so to know that out of the many artists, Jon thought so highly of my music; it was really inspiring.

What’s the story behind your most recent single “Lost”?

Before writing “Lost,” I started to realize that I was fixated on a person’s potential in a relationship rather than who they were in the moment. I would focus on all the things that were only possibilities, like who they could be instead of who they were. “Lost” is about me coming to terms with what I was doing and talking it out with myself. It flowed easily for me because it’s so real.

We are Guitar Girl Magazine, so we always like to talk about guitars. Do you play guitar, and if so, what is your favorite guitar to play?

I do! I am an acoustic guitar girl, but I’m looking to switch over to electric soon! They are so different but so similar at the same time. My primary instrument, other than my voice, has always been the piano. So, learning guitar was very different for me. I have really grown to love it, though.