LA-based award-winning singer, activist, and playwright Monique DeBose released her new single, “Rally Call,” an anthem for people who have been disenfranchised, on August 28, 2020, the fifty-seventh anniversary of Martin Luther King’s “I Have a Dream” speech.

DeBose is known for her one-woman show Mulatto Math: Summing Up The Race Equation in America, which won The Encore! Producer’s Award at the Hollywood Fringe Festival in 2018. As a black mixed-race woman with an African American father and an Irish mother, DeBose weaves the history of her family, race, and identity through storytelling and music. 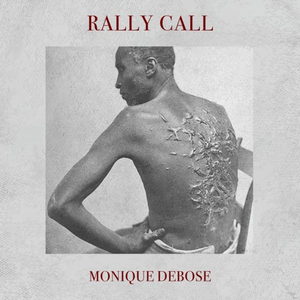 Tell us about the inspiration behind your recent single “Rally Call,” which is very powerful.
I wrote “Rally Call” in 2018 because I no longer wanted to compartmentalize myself due to the color of my skin. I was done with having to erase myself for someone else’s comfort, and I was done with buying into the false belief that I needed to wait for someone else’s permission to live my life. It was a love song to black America, reminding us that believing in a ‘heaven’ when our life is over, while just suffering through this life right now, is not the only option. And, it is a song to all of America to teach us that until we are willing to own all the parts of ourselves, our country’s entire history, only then will we truly have a chance at being free.

I was coming from a place of honesty, strength, and a willingness to challenge the norms that a lot of us have come to accept. I was feeling like it was time to wake up. “Rally Call” is a powerful anthem for those who have been repressed for way too long. This song sat on the shelf for two years, but then George Floyd was murdered, and I knew that I couldn’t let this song stay under wraps any longer. Some friends and I, during the George Floyd LA protests, shot this music video to tell the story of the real American history that has been swept to the side and overlooked.

“Rally Call” is medicine for our nation. It is a bitter pill of truth coated with a spoonful of ‘music’ to make it palatable.

When did you first become involved in music? Share with us your background.
I’ve always loved music. As a kid, I used to take my little record player outside, plug it in, and roller skate to my dad’s albums of the O’Jays and Donna Summer and my own E.T. album. I was a shy kid, so I never shared my love for music until the sixth grade. The girls in my grade decided to write a song about how ‘terrible’ the sixth-grade boys were—at that point, I was hooked. I started singing at nineteen years old in college at UC Berkeley with a vocal improvisation teacher named Joey Blake of Bobby McFerrin’s world-famous Voicestra. I knew I loved creating songs and music on the spot and was still shy. I sang with a jazz band all over Los Angeles in coffee shops and in nicer venues and homes when we caught a break. I also sang with a Spanish rock band. My Spanish comprehension was poor at best, but I could sing great! I felt bad when the fans would come speak to me in Spanish with the assumption that I did too. I began focusing on my songwriting and went back to a coffee shop on Larchmont Blvd. here in LA and did a residency there for months to see how people responded to the songs. It was a wonderful time of discovery. I was able to take that album over to Europe and perform. I later had the opportunity to sing overseas for a while in New Delhi, India, and Beijing, China as an artist in residence.

To help everyone understand that when we stand proud, denounce the physical and mental slavery that has been suffered so long—and move towards justice— only then can we ALL truly be free.

Who are some of the artists that influenced you?
Ella Fitzgerald, Nina Simone, Nat King Cole, Frank Sinatra, Nancy Wilson, Sarah Vaughn, Jill Scott, Erykah Badu, Marvin Gaye, Sade, Tracy Chapman, Harry Belafonte, Michael Jackson, Prince, Guns N’ Roses, Chicago…the list goes on and on. I love all kinds of music and take something from everyone I listen to. Ella’s ability to scat through the scales so nimbly, Nina Simone’s honest lyrics and style, Frank Sinatra and Sarah Vaughn’s tone, Tracy Chapman and Sade’s simplicity and emotional lyrics, and Marvin Gaye’s epic What’s Going On album. Each of these artists influenced me, said something that spoke to my heart.

What does your songwriting process look like?
It looks like an idea or an emotion that won’t leave me alone, and so I write. It looks like an amazing lyric jumps into my consciousness, and I write it down. It looks like me sitting at the piano and playing chords and singing any words streaming from consciousness. It also looks like me collaborating with other amazing songwriters and musicians and working through what we want to express and creating songs from start to finish.

You’ve had the fortune of touring the world. With touring shutdown, what have you been doing creatively during the quarantine, and how are you staying connected with your fans?
To stay connected, I’ve been more active on IG, writing newsletters, and being connected via email. I’m doing virtual performances from time to time and continue to express my gratitude for their support.

With two full albums under your belt, is there another in the future?
For sure. I’m working on a project now that will include the song “Rally Call.” The project will be out in its entirety in the first half of 2021. I will always be creating music. It is my vision to create a body of work that inspires, encourages, and reminds people that they are stronger than they think.

Thank you so much for the opportunity to share with you all.