“While writing this album, I was on a mission to tie up my heart, interrogate my soul and find my blues.” – Lea McIntosh

You’re releasing a new album, Blood Cash, in August. Share with us a little about the album—inspiration, songwriting and recording process, and what fans can expect?

A few years ago, I was struggling with an illness and searching for answers. Internally, I felt like I was knocking on heaven’s door; so, I picked up a pen and wrote my first song, “Fantasy Woman.” After that, the lyrics just started pouring out of me! I was driven both by the fear of death and a determination to leave behind my life stories for my son. I wanted him to hear them from me and no one else.

When it comes to the music, I collaborate with a phenom musician, Travis Cruse, and together we sit in my living room hashing out ideas until we find the hook. We began with the intention of just making a demo of cover songs, but one thing led to another, and we ended up recording an album of original songs in a studio with a powerhouse team of musicians. It has been an unforgettable experience to hear my songs come to life at each turn from writing, to arranging, to recording, to mixing and mastering. If I had to use only one word to describe this album, it would be “fierce!” 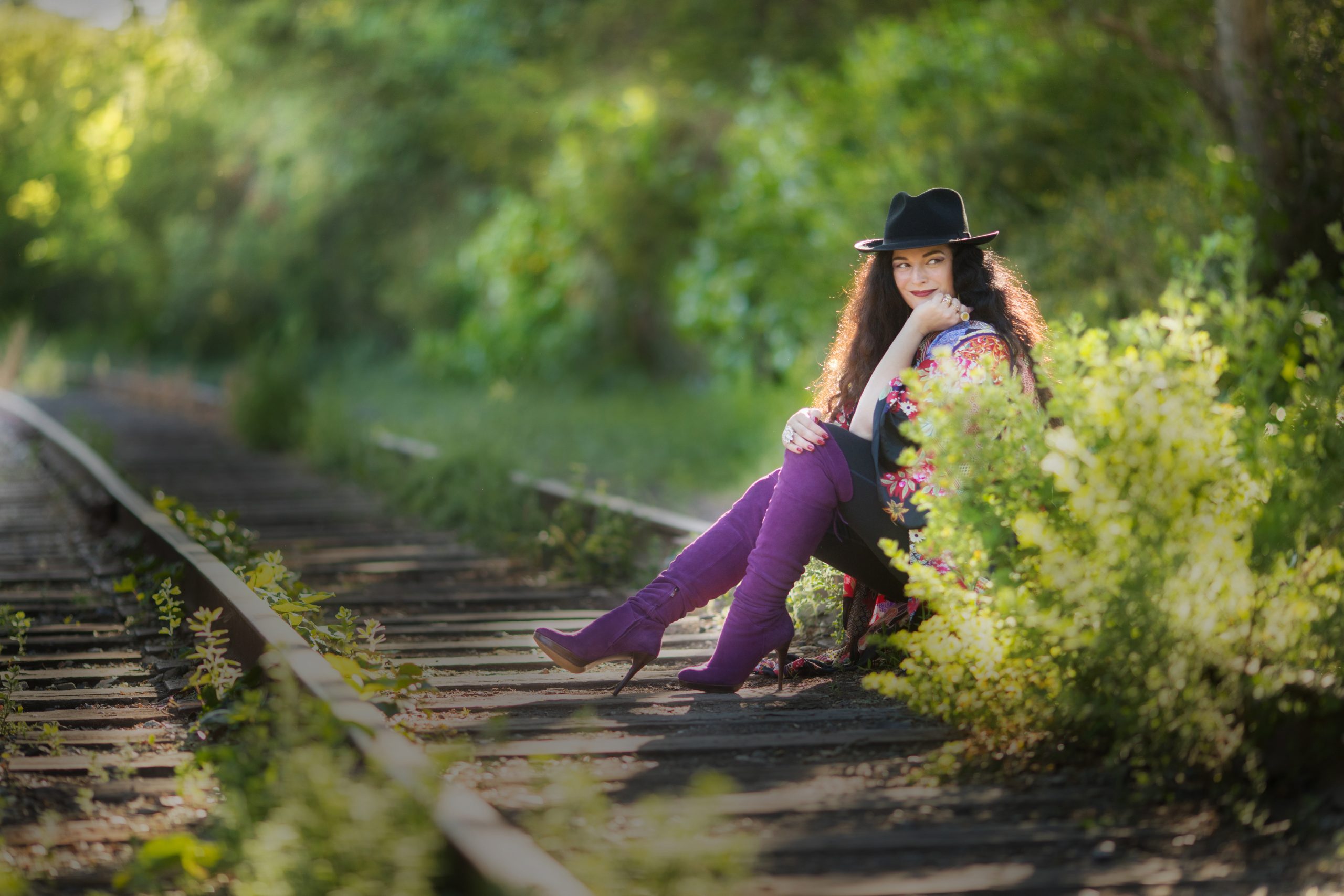 Is there a particular single that speaks to you?
All of the songs on this album have a special meaning to me; however, the title track, “Blood Cash,” marks a major turning point in my life. “Blood Cash” is just the first song of others I’ve written that tells the story of my mother’s murder. I was only 11 when she was shot and killed by a hired gunman. Several months after her murder, a man who was picked up for a traffic violation turned himself in and gave a detailed testimony recounting her last day. It’s a story for another song, and it’s on the next album, which we finished writing and have begun recording. Losing my mother to violence was life-altering, devastating and completely rewrote the code in my heart.

I’ve been asked more than once if I am sad when I sing these songs, and my answer is this: Every time I sing “Blood Cash” or a song I’ve written about my life, it pulls a needle and thread back through my soul and leaves a stitch of VICTORY. I’ve lived the blues. Now, I’m singing my blues. And it’s true what they say, “Music Heals.”

What message do you want to convey to listeners through your music?
I want to inspire others to face their own trials and tribulations with a brave heart and not be afraid to voice it. Don’t let others define you or dictate your truth.

Who are some of your musical influences, and how did you get started in music?
I started playing fiddle when I was 9 and was heavily influenced by 80s country radio. When I was fourteen, my father tucked a cassette of The Judd’s greatest hits into the pocket of a Stetson Jean Jacket he gave me as a Christmas present. That was a defining moment in my music history. I sang along to that cassette over and over again, driving everyone in the house totally crazy. LOL! I had every damn song memorized. Fast forward to today, I listen to mostly blues and rock, but still get a hankering for some good ol’ country music and “rockin’ to the rhythm of the rain.”

When did you start playing guitar, and what is your go-to guitar for songwriting?
Throughout the years, I’ve noodled on various different string instruments, but it wasn’t until just recently that I purchased a custom 2-string fretless Cigar Box Guitar from J.P. Soars and ended up falling in love with it! It’s my musical escape and go-to guitar. In fact, I loved it so much, I bought another one with different strings that plays better in the lower keys. This second one is extra special because we got a little innovative and attached washer boards on the face of the guitar that can be picked at the same time as the strings. I seriously have a finger-pickin’ good time playing “outside-the-box,” experimenting with different sounds, progressions, and melodies. Wooo Yeah!