Janet Devlin is a brilliant songwriter; her songs are relatable at every level. As a singer, though, Devlin weaves these mesmerizing spells that possess your very being.

It’s true that through Devlin’s music, a type of a cathartic reaction occurs. But it’s hard to pinpoint exactly how she does that. Drawing musical influences from her Northern Irish homeland and combining them with pop-elements, Devlin spins these elaborately beautiful melodies seemingly out of thin air, and then captures them, like on her latest single “Honest Men.” 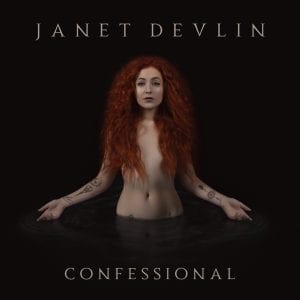 Since captivating audiences in 2011 on the eighth season of X-Factor, in which she finished fifth, Devlin has steadily released music and has grown as an artist. Now, as one of UK’s most influential YouTubers, Devlin is set to release her second album Confessional on May 1.

Recently, we caught up with Devlin to ask her about her latest single, her upcoming album, and her plans for 2020.

So your latest single “Honest Men,” what can you tell us about it? What inspired the track?

“Honest Men” began life as a self-reflective commentary in the midst of a long winter battling seasonal affective disorder. I was alone in my house in London, ukulele in hand, I began singing the darkest lyrics over the top of this beautiful melody that was emerging from my little uke. That juxtaposition of light and shade inspired me to write the whole thing in under an hour. It really captured a moment, and a lot of meaning is contained in this track!

How has the reception been for your other recent singles “Confessional” and “Saint of the Sinners”?

Overwhelmingly positive! Obviously, I had no idea as to what the feedback would be like, but I could never have predicted so much love and support! Especially since changing up my sound. But so far, so great – I’m cherishing every bit of feedback I get.

So let’s talk about your upcoming second album. What can fans expect?

A lot of Irish influence instrumentation wise, painful honesty, and more metaphors than you can shake a stick at. But I’d be prepared for a much more mature approach to lyrics and sound.

There are also seems to be a bit of a theme developing through your singles. Is that something that carries on in the album?

There’s definitely a theme in the sonic palette so far. This does have its moments of respite on the record, however, with one song, in particular, breaking from the mold altogether. I wanted the majority of the tracks to have the inspiration of the sounds from home — many of the stories in the tracks were from when I lived in the motherland.

What do you hope listeners will get from your album?

That’s a tough one! I’m just hoping that they get the journey. As the album spans ten years of my life, I hope they walk away feeling like they’ve joined me on it. My main hope though, is just that they *feel* something from the music. I just want the tracks to make people engage with their feelings and emotions.

Musically, what are some of the biggest elements and influences that you draw on?

The sounds of home, mainly from my time in the ceilidh band as a kid.

I read that you play the guitar, drums, and ukulele. Do you have a favorite instrument?

What type of guitars do you play? Is there one that you prefer?

I’ve still got the guitar I bought with my first paycheck! It’s a little Luna model that I took on my first tour. I’ve never really branched out and bought another as I only tend to write on the guitar now and rarely play it in public. Luna was so nice to me, and when they saw I was playing one of their guitars, they kindly gifted me a little ukulele (who I call Eugene)!

Are there any other instruments that you play?

I like to dabble with a lot, but I’m still trying to master the low whistle!

So the album Confessional is set for release May 1. What are your plans for the rest of 2020?

If everything goes to plan, I want to keep on releasing a few more tracks from the record before the album drops. I’d love to hit the road this year and play my songs to anyone who wants to hear them! I also just want to keep on making content for my YouTube channel too. The main aim of the year is to get my music heard by as many people as possible and have some fun along the way.