Oregon-born, New Zealand-based artist Emme Lentino has always loved music and performing. Growing up with musically encouraging parents, Emme got her start singing at her local church. Since then, she has ventured into songwriting, off-Broadway performing, music-score-writing for film, and producing multiple independent films. Since her husband’s death four years ago, Emme Lentino has honed her musical craft as an avenue for healing from unimaginable pain.

Lentino’s single, “Some Other Girl,” is out now, aiming to be an uplifting anthem for young girls going through first heartbreak. In her interview, Lentino talks her new single, her songwriting and recording processes, the music video for “Some Other Girl,” the healing effects of music, and her acting and producing careers. 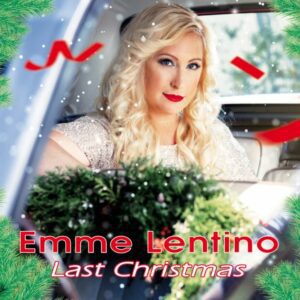 You recently released a new single, “Some Other Girl.” What was the inspiration behind the single?

The inspiration behind the song came from my old high school journals actually. I was struck by how much heartbreak inspired songs even back then. It became my mission to write a song that addressed heartbreak while inspiring and empowering the listener as well. It has been so wonderful to share this song with my listeners and receive letters from young girls from all over the world who resonate with the message of self-love and identity. It truly is beyond a dream when people take the time to write and say your song made a difference to them.

The song was recorded in London with Al Clay. Share with us the recording process?

The recording process was an awesome experience. It was a dream to record in London at Metropolis studios. Meeting and working with Al was really inspiring. I went straight into the studio after landing from NZ. We connected musically right away and I am thrilled with the result.

There’s also a music video. Where did you shoot the video?

It was so fun shooting the music for “Some Other Girl”!  The video shoot took place in my home city of Auckland, New Zealand. I cast the music video myself and created the storyline. I am super excited to share that the music video is currently airing on MTV Australia and CMT on Foxtel and Fetch. That is a true dream come true! For global reach, I have placed it on my YouTube channel as well.  It showcases my 1963 Lincoln Continental for all you classic cars fans out there!

Music really is such a powerful source of hope. After going through personal tragedies, I have come to know how important music is for the healing of the soul. I can share that a few years ago my husband was diagnosed with small cell lung cancer.  Four and a half years ago he lost his battle with cancer. I was his caretaker. Music and my faith were ever more important to me during this devastating chapter and beyond. After his passing, as a single mom with two very small children, living overseas away from my family, I truly felt the depth of dark times. I am so thankful for music and for the purpose it gave me to help others who were facing seasons of hardship. To remind them they are not alone and they can and will get through the darkness and experience amazing light.

My inspirations include Sarah McLachlan, Norah Jones, Dolly Parton, Adele, the Beatles, Janis Ian, and Stevie Nicks. My parents also inspire me to sing and bring joy to others. I am forever thankful for their love and encouragement! My writing process is eclectic. Sometimes it begins with a voice memo of a melody that usually comes while I am out for a run or on the road. I carry five journals with me as I never know when lyrics will come spilling out of my mind! I never go anywhere without my Taylor 416ce guitar. She is like an extension of me! As I write this, I am in a quarantine facility in NZ after traveling to be with my mom who has been unwell. I am certainly writing tons of songs now! I am choosing to see this as a fourteen-day songwriting boot camp! LOL!

What message do you want to convey to listeners through your music?

I wish to convey a message that motivates, uplifts, empowers, and encourages my listeners. I believe that music assists all of us in finding a positive mindset. Songwriting and singing is cathartic for me as an artist. It is one of the ways I communicate love and light to others. I truly want to help others overcome obstacles and difficulties. I hope my music speaks to the heart of my listeners and makes a positive impact on their lives.

With quite a background in the entertainment industry, when did you first become involved in music, and what inspired you to make this a career?

I became involved with music as a little tyke! My parents say I never stopped dancing and singing from the time I arrived in the world. My family home was filled with music and joy.  I started singing at church, performing in musicals at a young age, and absolutely loved connecting with people through music and theatre. I believe the inspiration for starting a career in music has evolved over time. There are chapters of my childhood where I was mesmerized by the power of music and the joy it gave me and others around me. As an adult, after going through some very difficult personal tragedies, I have come to know how important music is for the healing of the soul. In the past four years, I truly believe I have found my calling as a songwriter and actress. The dreams I had on my heart as a youngster have emerged with more spirit and drive as I have gotten older. We are never too old to become who we are meant to be! Thank the Lord for that!

Your career goes far beyond being a songwriter and musician with acting and producing. How did that evolve?

My parents’ love and encouragement and their belief in me certainly helped nurture my inspiration to be a performer. I grew up with such positive parents and performing arts teachers who graciously taught me music, dance, and theatre. The evolution of becoming a performer really is thanks to my theatrical childhood and the way my dad always chatted with me about music and songwriting. As a little girl, he would share Janis Ian songs and traditional country classics. My mom would take me to auditions and help me learn my lines and was there for every sport, performance, and heartbreaking letdown! I think all of the past experiences have led me to where I am now. The business side of the arts came a few years ago and I love using my business mind in post and pre-production of independent films and for my radio shows.

You’ve made it your mission to encourage and promote indie artists, much like us! What is one piece of advice you would offer an aspiring musician?

Never give up on your dreams; there is no expiration date, so you have to keep working hard and enjoy every moment!