Americana artist Jamie McDell was born and raised in New Zealand but has spent time some time in Nashville and Canada writing and recording her recently-released self-titled album. McDell’s fourth studio album was recorded in Nashville, the gifted singer-songwriter teaming up with Nash Chambers in his eastside studio and drawing on the amazing musical talents of Dan Dugmore, Jedd Hughes, Dennis Crouch, Shawn Fichter, Jerry Roe, Jimmy Wallace, Tony Lucido, and Ross Holmes, along with guests such as the McCrary Sisters, Robert Ellis, Erin Rae, and Tom Busby. This new longplayer contains Jamie’s most brutally honest moments, in both writing and performance, while the musicians and production take you on a modern journey through ’70s folk and country, blended with a healthy dose of roots and rock.

McDell filled us in on the single “Not Ready Yet” from the album and a little about the new album. 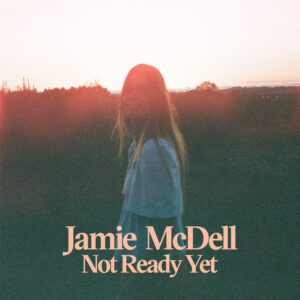 Tell us about the inspiration for your single, “Not Ready Yet,” from your self-titled album.

The lyrics came from a place of comfort in not knowing what’s next for me and taking my time to figure it out. Sometimes I crave staying in one place, and then sometimes I need to venture into the unknown. Motherhood is something I want in the future, something that I’m really looking forward to if I’m to be so lucky. But I’m not ready yet, and maybe, in today’s world, that is all I should need to say.

Who/what were some influences when it came to writing the song?

I’ve always wanted to create a groove reminiscent of the ‘90s The Chicks, and I’m hoping this comes close. I had mumbled the falsetto chorus melody into my voice memos before jumping into a session with my producer Nash and Phil Barton. I’d been watching Jewel’s Stageside full live show on repeat around that time as well, so I was definitely trying to channel parts of her vocal performance and energy into this recording.

‘Trade my dreaming for a happy end’ felt like an interesting way to put my dilemma. These past few years amidst a pandemic, having plans put on hold, not being able to share music live has made the choice to keep working in the music industry more weighted. A more settled and structured life, the happy end we’ve all read about enters the mind more frequently. For me, I’m still in love with the challenge.

Can you share with us more about the album and what fans can expect?

I wrote this album in many juxtaposed settings, between Papamoa (New Zealand), Toronto, and Nash Chambers’ studio in Nashville. In 2018, I told myself to only write what I meant. This seemingly simple goal brought out personal stories of my family, celebrating an adventurous upbringing on the sea while also understanding the impossible ideals placed on mothers and fathers. This record also follows my unpacking of my own internalized misogyny, in favour of learning and working towards intersectional feminism. This is the first album I’ve wanted to self-title; this is who I am, what I sound like, how I see things at 28.

Will you be touring in support of the new album?

I hope so! Lockdown depending I’ll be working towards NZ/AU shows and some dates in North America mid-next year! 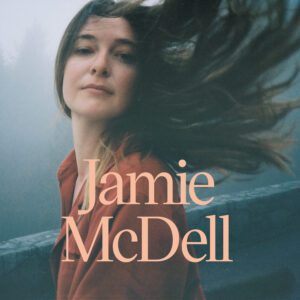 Jamie McDell is an iconic influence in New Zealand’s country scene, owning praise from worldwide fans across the globe. McDell flourishes through her unique twang and monumental voice that has seen the likes of popular publications such as Rolling Stone and Billboard Magazine.

Compared to popular artists such as Stevie Nicks, McDell creates a tremendous impact with her self-titled album. This bold and brazen singer-songwriter is open about her family’s history, judging from singles like “Poor Boy,” written as a tribute to her father, and “Mother’s Daughter” and “Daddy Come Pick Me Up” are other tracks with a somber tone about McDell’s upbringing. On “Poor Boy,” McDell says, “I hope that he knows what a wonderful father he has been, how much he’s taught us about what’s truly important.”

It is evident through this singer and songwriter’s career that skills and determination are how she broke out into the music business. However, Jamie McDell breaks the norm to feature her soaring singing talent with Celtic ballads such as “Sailor,” which tells a tale of optimism and a classic sea shanty that all can learn and love. McDell is certain to be in the spotlight with her budding career that features her own resonating triumphs and troubles.

Born in New Zealand, at the age of 7, McDell’s father left a high-paying job at an elite Auckland law firm to shift her mother, younger sister, and Jamie onto the high seas and began living aboard a yacht in the Mediterranean. It’s here Jamie wrote her first song, a sea shanty to the dolphins. Also on that yacht, lived a small collection of her parents’ favorite cassette tapes, which luckily included albums by Jimmy Buffett, John Denver, and James Taylor. The young artist quickly formed a particularly strong bond with these records and she fondly remembers watching her parents perform Buffett duets – and occasionally chiming in, learning how to harmonize with her mother. An eager learner, Jamie then picked up the guitar after studying her fathers’ John Denver chord book collection and has never looked back.

Now at age 28, New Zealand singer/songwriter Jamie McDell has achieved a prolific amount in her formative years. Being signed to EMI at age 16 sparked the beginning of a successful musical journey, making her a household name across the nation. With the release of her debut album ‘Six Strings and a Sailboat’, she went on to achieve Gold album sales, receive three NZ Music Award nominations, winning Best Pop Album of 2013. Then her sophomore record ‘Ask Me Anything’ gained global attention, seeing album track ‘Moon Shines Red’ featured on American TV series Pretty Little Liars.

In March 2017, Jamie made a trip to Nashville, looking for a change of scenery and to connect with the environment that birthed much of the music throughout her youth. It’s here she wrote the songs that would make up the fabric for her third record “Extraordinary Girl.” She met with expat Australian producer Nash Chambers for coffee one day and decided they shared the same musical values. Not long after that meeting, McDell arranged to fund her first independent record “Extraordinary Girl,” which was recorded over the space of two days later in 2017 at House of Blues studio in Nashville. She then returned home for the album’s release, promotion, and supporting tours throughout New Zealand and Australia.

Then in early 2019, Jamie relocated to Toronto, Ontario for a new chapter and to be closer to Nashville. It’s here she found herself sitting on the floor of her tiny apartment, feeling overwhelmed and frustrated with a friend in a troubled relationship, and out came the powerful song, “Botox.” “It’s a story depicting the dangers of silencing our instincts and compromising our values, just because a significant other has you convinced that you need fixing,” Jamie says. This track would then fuel a new era of unapologetic honesty in McDell’s songwriting, and the release of The Botox EP.

After opening a US tour for Robert Ellis (Texas Piano Man) in early 2020, she would then visit Nashville once again, team with Nash in his eastside studio, and gathered the amazing musical talents of Dan Dugmore, Jedd Hughes, Dennis Crouch, Shawn Fichter, Jerry Roe, Jimmy Wallace, Tony Lucido, and Ross Holmes, along with guests such as the McCrary Sisters, Robert Ellis, Erin Rae, and Tom Busby (Busby Marou). This new self-titled album dropped February 25, 2022,  contains Jamie’s most brutally honest moments, in both writing and performance, while the musicians and production take you on a modern journey through ’70s folk and country, blended with a healthy dose of roots and rock.