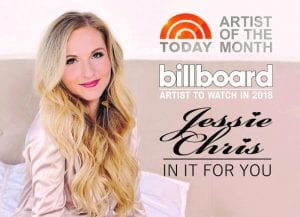 The AD Council launched a new campaign starring top talent to fight harassment and bullying. The compelling video features campaign ambassadors and anti-bullying activist and representing Nashville and the music industry is 2018 Billboard Artist to Watch Jessie Chris. The commercial asks teens to “wake up” to the fact that there are small actions, comments and things we do every day that could be having a negative impact on someone else.  Jessie Chris has been traveling the country this winter/spring as part of her 100 schools Anti-Bullying Tour.  #BEMORE