Home General Watch Σtella’s Official Video for “Nomad” (from ‘Up and Away’ out Fri....

Σtella directs and stars in the official video for “Nomad,” a new offering from Up and Away. Filmed overnight on a traditional Greek fishing boat sailing the Aegean Sea, the “Nomad” video finds Σtella singing in the shadows, with the visual perfectly capturing the longing and heartbreak in the song.

Up and Away will be available this Friday, June 17th on Sub Pop. The Athens-based painter, visual artist, and performer presents a vintage-flecked pop paean to the pangs and raptures of love. Exploring growth, change, and Σtella’s personal and musical journey so far, it proves Heraclitus was right; you never step in the same river twice.

MOJO says Up and Away “is warmer and grittier than its ’80s-polished predecessors, infused with the ’50s/’60s trad folk and hybrid pop records her grandparents and parents spun for her. UK producer Tom ‘Redinho’ Calvert, meanwhile, brings knowledge of ’60s soul traditions, creating myriad twists on two seemingly opposing strands, starting with the title track’s bouzouki/(zinger-style) kanun laced with a Motown beat. The album’s spiritual/lyrical core is ‘Manéros,’ Greece’s traditional love-struck ballad, ironically the title of the LP’s sole instrumental, and the only moment of pure Balkan, just as ‘The Truth Is’ aims for shimmering soul – a sound fit for Dusty – but then Up and Away overall feels something like Σtella In Memphis (★★★★).”  Uncut had this to say, “Athens-based songwriter and painter Σtella combines traditional Greek instruments – the bouzouki and kanun are both present – with ’70s/’80s-inspired disco; pop feel, creating a Eurovision-like mood that you probably wouldn’t expect to find on a Sub Pop release. The lack of top-line sheen, though, ensures this album retains a rough edge without sacrificing any intrinsic appeal. The poppy title track ensures the album gets off to a memorable start, and Σtella soon finds an intoxicating groove on ‘Maneros’ before bringing some indie jangle to ‘Another Nation.’ The highlight is the catchy summer charmer ‘Titanic,’ which floats on an effortless whistling. Meanwhile, DJ Mag raves, “Future-retro pop perfection… impossibly catchy and effortlessly intoxicating.”

Gorilla Vs. Bear says, “As on super dreamy recent single “Charmed”, Σtella hooks up again with London producer Redinho here to conjure an elegant and sophisticated union of vintage Greek music and sleek modern pop. But while “Charmed” was all balmy, laid back groove, [“Up and Away” is] a decidedly more rousing affair.” Meanwhile, Brooklyn Vegan calls the track “joyous, effervescent…”, and High Clouds says of “Up and Away,” “This vintage vibe is definitely palpable in the title track, a tale of consuming romance driven by blistering blasts of bouzouki.” Of “Charmed”, Impose offers this, “The beauty is that such songs have evolving and powerful lives that match the times. Σtella…succeeds in this modified pop crafting with her latest track.”

Up and Away features the aforementioned “Nomad” along with “The Truth Is,” “Charmed” and the title track, is available for preorder on CD/LP/DSPs from Sub Pop. Pre Orders from megamart.sub pop.com, select independent retailers in North America, and in the UK, and in Europe will receive the Loser Edition of the album on opaque blue vinyl. 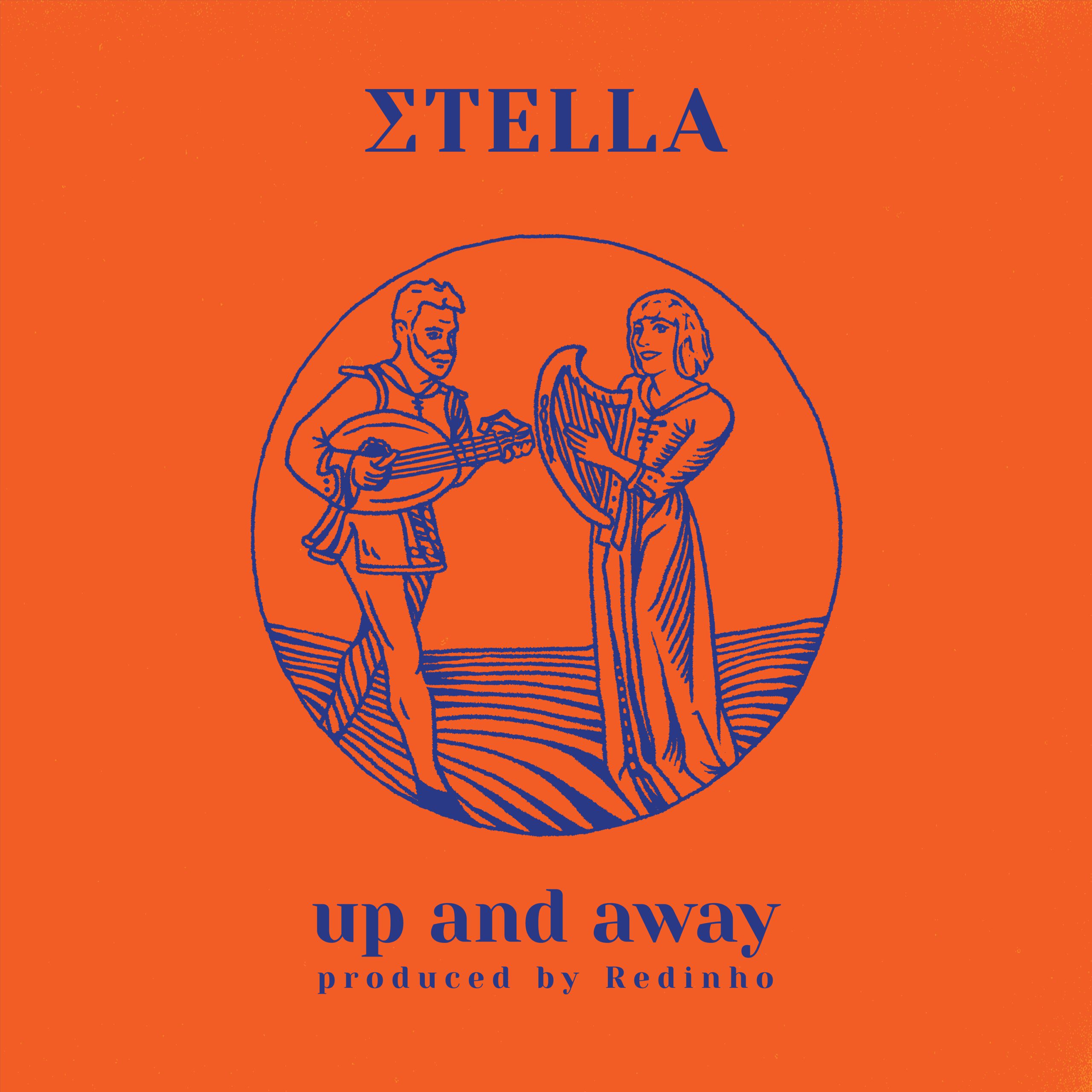 Σtella
Up and Away