Today, Larkin Poe share their rendition of Lenny Kravitz’s “Fly Away,” which follows September’s release of The Moody Blues’ “Nights in White Satin.”

These two creative takes on the originals herald the arrival of KINDRED SPIRITS, Larkin Poe’s first-ever covers album and second album of 2020, due out November 20 via their own Tricki-Woo Records. The album was self-produced by Larkin Poe from their home studio. Pre-orders are available now.

“Rolling in the family minivan in the late ’90s, we remember hearing ‘Fly Away’ spun endlessly on the radio — an undeniable anthem,” says Rebecca and Megan Lovell. “The energy of this song is a chameleon: simultaneously a cry for adventure and a prayer for those who feel trapped. Giving it a bluesy twist with the slide guitar riff brought it home to Georgia.

For the video, we wanted to create visual decoupage that would span the swamps of Louisiana to the volcanoes of Hawaii. The lyrics of the song are powerfully open-ended and so we decided to fully embrace that concept by glueing together a hodgepodge of footage gleaned from the Prelinger Archives; beauty is in the eye of the beholder.”

LISTEN TO “FLY AWAY”

KINDRED SPIRITS is a collection of stripped-back versions of both classic and new songs, and it follows the release of Larkin Poe’s fifth studio album, SELF MADE MAN, released this past June. SELF MADE MAN, topped an array of Billboard charts while earning unanimous acclaim around the world. Instead of a summer of tour buses and packed theatres, the Atlanta-bred, Nashville-based Lovells instead found themselves at home, performing many Livestream concerts and adding to their much-loved YouTube covers series. That got them thinking and it’s what inspired the making of KINDRED SPIRITS, which sees the duo paying tribute to their favourite artists, from the Allman Brothers Band to Robert Johnson to Elton John to Post Malone to Ozzy Osbourne, as well as the aforementioned Lenny Kravitz and The Moody Blues.

“Music is a bridge that can connect generations across time,” says the Lovells. “In recording KINDRED SPIRITS, our admiration for the artists who originally wrote and performed these songs blossomed into an even deeper reverence. Coming up in a family of music lovers, a lot of the songs have been with us since childhood; in 2015, we started a YouTube series dedicated to paying tribute to our musical heroes that unexpectedly took off and when fans began requesting recorded versions of the songs, we began daydreaming about how an interpretive album might take shape. Bringing these old friends into the studio, stripping them to the bones and recording them live and raw, felt like a ritual. We’re grateful for the experience of making this album and grateful to the kindred spirits who have come before us and written the soundtrack of our lives.” 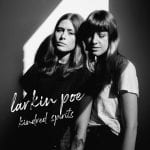