As one of the youngest children of missionary parents, I was influenced by the music of “the grown-ups” and “the big kids” around me — from old-time country gospel, hip-hop, classical, rock, soul, R&B, jazz, folk — you name it! A well-rounded education was important, so there were books everywhere. There was also a strong and constant encouragement to make and participate in the arts and sciences in my family of beautiful “nerds,” who made learning new things inviting and fun for me, which fosters my curiosity to this day.

Regarding music, if it is melodic and well-crafted, a lyric or melody could lodge in my psyche for years, waiting for my brain to birth something new from that one grain of inspiration. When in a writing mode, I drift among the works of others for inspiration; some who come to mind are Hank Williams, Nat King Cole, Dinah Washington, Sister Rosetta Tharpe, Missy Elliott, Chopin, U2, Thelonious Monk, and Shawn Colvin.

I read, watch films, cook, garden, meditate, pray, and just play my guitar. I practice a combination of integrated things to maintain a continuous connection to my creative process. One of the best benefits of hosting my show, “Wish I Wrote It!” is the continuous flood of new music from other emerging artists. Authentic, melodious, lyrically provocative, soulful, and emotionally intense — all irresistible to me in music, paintings, film, literature, a lover’s quarrel — it is muse worthy. Yet, my love of words was born at a star-crossing of a poetess and a preacher who LOVED music and required all of their children to play an instrument, resulting in a natural and nurtured attraction to songwriting.

I once had a theater coach ask me, “Where is the love?” when dissecting characters’ motivation. That same question, “Where is the love?” was the question on which I began my professional songwriting career in college while writing for a boyfriend’s blues band. The answers resulted in hundreds of songs, recorded for me, by others, and still yet to be. That is also when I picked up my first guitar with serious intent. It was a gift from a couple I babysat for quite a bit due to both of their failing health. I spent a lot of time singing to and playing for their young sons, not aware of what was burgeoning, but they saw it or heard it and gave me that first guitar to hold for a moment and pass on to the next emerging artist.

Here I am preparing for official showcases at the International Folk Alliance in Kansas City, Wilmington, Delaware’s Ladybug Music Festival, and the video release for “And So” and “High-Wire” (Beautiful Ashes), and that question is singing to me, maybe keening, “Where is the love?” So as I allow myself to be still and “Feel all the feels,” I am thinking about Nina Simone, Maya Angelou, Ruth Bader Ginsburg, Justice Ketanji Brown Jackson, The Slants Foundation, Black Lives Matter, my blue-eyed husband and ally James, my Dad, my Mom, my Jesus, and I want to reassure the folks reading this that although life may seem increasingly more complicated — and dangerous for many — we aren’t really lost, even if we don’t know where the love is… because love knows where we are and will find us in the stillness, listening to whatever music comforts us, heals us… listening to whatever brings us a little joy.

“My life is a phoenix on fire, and it has been worth the burning.”
~ Mehuman, Beautiful Ashes

Tell us a little about your musical background; how old were you when you started playing guitar, and what inspired your musical desire?
I was a late bloomer regarding guitar… I didn’t have an immediate attraction to it. My first love is the cello, but we had a house rule that if you couldn’t carry it yourself, you couldn’t play it, as raising nine children all heavily involved in extracurricular activities necessitated. I played the viola because it has a warmer voice than the violin. But I couldn’t march with it and wanted to play the tuba but settled for the flugabone, the French horn’s less sophisticated cousin and the trumpet’s rebellious brother. Then, after being nervously serenaded by a college chum turned crush, I recall thinking, “hmm…the guitar? Why not give that a try?” I don’t recall a thing about the song sung to me, but I remember that the guitar was a Martin.

As far as my musical desire, probably loneliness, definitely faith in something “motherly” that I now believe was God whispering to me to “pay attention” and “write that down!” And perhaps having witnessed firsthand how it has changed otherwise dangerous people and precarious situations into lambs and havens for me, all because I could play a song and carry a tune. Music is medicine, math, and maybe a bit of magic. 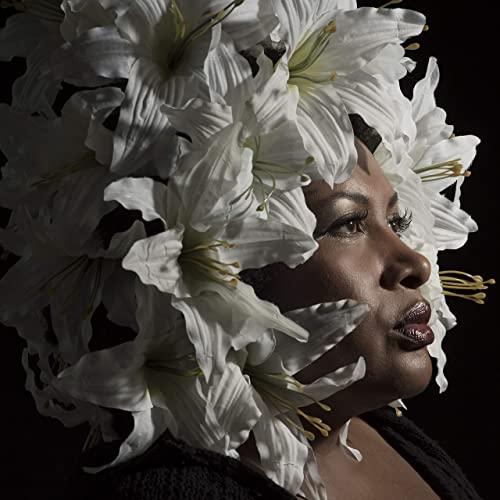 Where do you find the inspiration for your music?
ALL around me. Literally, I listen to people, and I take note of the way they communicate verbally and non-verbally. I also take note of what and how they respond to me and my work. In nature, in my experiences, asking “where or where isn’t the love,” from my faith, and from others who have or are making music that resonates with me in a way that I have not experienced or thought of before.

What is your songwriting process?
Write or make something daily. The melody will reveal to me the words, or the words will reveal the melody.

What’s your go-to guitar for songwriting?
Whatever I can get my hands on. I don’t really need a guitar to write a song. I write on whatever is available to me. But my “work tools” are a Taylor 310ce and a Gibson Les Paul Anniversary Special (which was my engagement gift in lieu of a ring).

Music to me is…
A consistent place in which I consciously know that I am safe, even when I am made aware of things internally and externally that often frighten me. The intensities and depths of my ability to both declare love and rage from the same well without splitting in half or missing a beat. Every neuron is firing, hoping to redeem yesterday’s wasted moment and the unsaid into, at best, a song and, at worst, a good home-cooked meal. MUSIC is everything — my friend, my prayer, my love, my life. It is the one thing that I have that I feel is worthwhile sharing, not because it is good or not, but because it is true. It is the real me, the way to know me, and we all at some point desire “to be really known.”