Ther are so many new music releases, we couldn’t possibly list them all, so we picked out a few of our favorites to share.

Canadian pop-soul singer-songwriter Brimlow today released her latest single “Misfits” via AESTHETYK. While most of the world has been staying at home during the quarantine, Brimlow has been on the road with her life partner exploring both the American and musical landscape. The new single was influenced by Brimlow’s relationship with her life partner, Nathan, which she brilliantly captures in the song. 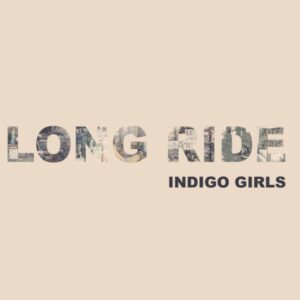 Indigo Girls released their new song “Long Ride” today and can be heard on all streaming services.  “Long Ride” is the first cowrite in almost twenty years for the American folk-rock duo of Amy Ray and Emily Saliers and was written and recorded for NPR Morning Edition’s Song Project. Ray and Saliers recorded the song from their separate home studios and was produced remotely by John Reynolds at Real World Studios with Claire Kenny on bass and keyboardist Carol Isaacs.

Van Plating – “Bird on a Wire”

“I am always writing. I work on music every single day, whether I’m performing or not. I have probably written somewhere in the neighborhood of 30-40 songs since January, and ‘Bird On A Wire’ is the first one to be released from this latest body of work, pandemic be damned!”

The ability to make your own decisions—to truly own the course your life takes, is a freedom that can take a while to embrace. Five years after she walked away from her publishing deal, singer-songwriter Stephanie Lambring has returned to make an album on her own terms, titled Autonomy, out today.

Ahead of the release of her highly anticipated sophomore album, The Otherside, Grammy® award-nominated artist Cam shares a brand new song, “Forgetting You,” today via Triple Tigers/RCA Records. She performed “Forgetting You” at the Ryman in August during a live stream performance.