When a leather-clad Marlon Brando rode a Triumph Thunderbird in 1953’s The Wild One, he became an iconic part of film history – and his biker jacket went along for the ride and never stopped.

The traditional lancer front biker jacket – with its rugged shoulder straps, zipper cuffs, snaps and belt buckle – has a masculine, somewhat industrial vibe. But its image owes more to the individuals who’ve worn them in the past: the rebels, rockers and outlaws who made the jacket synonymous with youthful rebellion.

America has always loved its bad boys. And a bad boy in leather really stirred things up. In film, a leather jacket was the perfect fit for the brooding outcast tasked with saving the day. You know, that guy with the elusive bad reputation…

It’s that same “bad reputation” Joan Jett sang about 27 years later, also wearing a badass leather jacket of her own. With an electric guitar slung low and a scarf around her neck, she was fashionable and cool all at once.

Still, no matter who wears a leather jacket, it has a personality all its own like a Flying V or a little black dress. But before its personality blossomed, the leather jacket was a utility piece made for aviators and motorcyclists. Amelia Earhart wore a few during her landmark flights. But the jacket’s association with rock n roll began when Elvis gyrated in one.

Before all that, Schott Bros NYC was the first company to design leather jackets for the mass market; namely bomber and motorcycle jackets.

According to the History of Schott, the company’s signature biker jacket, named the “Perfecto,” found the perfect partner in a leading motorcycle manufacturer: “In 1928, Irving Schott designed the first leather motorcycle jacket retailing for $5.50 at a Long Island Harley Davidson distributor.”

Schott’s initial design has seen a few incarnations along the way but has never gone out of style. Just look at the company’s lightweight “Heavy Metal Girl” moto in bubblegum pink; surly a modern take on the classic.

Motorcycle jackets first appeared on the big screen in biker films like Hot Angel, Motorcycle Gang and The Wild One. It was the perfect skin for the “troublemakers” “hot rodders” and “drag racers” of the 1950s. After the biker’s film debut, sales spiked and so did the jacket’s mystique…

By the 1960s, musicians wore streamlined versions of the jacket such as the Beatles’ matching black leathers in their club days. At the height of Beatlemania, they swapped leather for the tailored, collarless suits of the day. Then, The Kinks, The Who and The Animals ushered in The British invasion with mod leather styles. Jim Morrison rebelled in gorgeous leather jackets (some with oversized lapels) and actor Steve McQueen favored distressed leathers.

The Beatles
Embed from Getty Images

The Kinks
Embed from Getty Images

The Who
Embed from Getty Images

But the New Wave and Punk bands of the ’70s and early ’80s forever cemented the jacket’s cool factor into pop culture. The Sex Pistols, The Ramones and The Pretenders wore their leather unapologetically brash and bold. For the cover of The Pretenders’ debut album, Chrissie Hynde rocked a heavily-zippered red biker with a pair of fingerless, black-lace gloves poking out the sleeves. Legendary rock photographer Chalkie Davies captured the classic image, which included bassist Pete Farndon in a classic British Mascot biker.

Grittier images of the Ramones on New York’s lower east side in silver-chained jackets and Patti Smith with nothing but a glimpse of skin under her leather, showed the establishment rock fierceness was here and not going anywhere.

Not only have leather jackets symbolized rebellion, but served as statement gear for female rock artists. Although Smith and Hynde helped the male-oriented jacket become a unisex garment, it was still a rare wardrobe choice for women. However, several venturesome artists raised their leathered forearms in a mix of tough but feminine couture. Suzi Quatro, Pat Benatar, Joan Jett, Debbie Harry, Lita Ford, Girlschool, Madam X and Doro Pesch all owned it in leather.

The Ramones
Embed from Getty Images 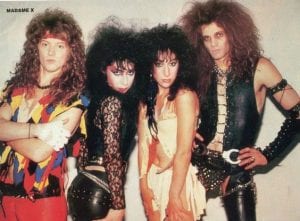 Through the years, the jacket came to symbolize individuality especially within the heavy metal community. The New Wave of British Heavy metal bands of the early ’80s used “leather” and “denim” as metaphors for the oneness of their fans. The metal kids, outfitted in biker jackets, band T-shirts and tattered jeans, searched for identity within a heavy metal subculture. But the ultimate hellbent for leather from-head-to-toe was Judas Priest; who also paired the jacket with a whole lotta studs and spikes.

As far as pop stars, Madonna showed off her mid-drift with a bright-colored bolero and let her black biker strategically fall off her shoulders; a trend that’s made a comeback. Guys also wore impactful leather jackets. In George Michael’s Faith video, his eye-popping BSA Rocker Revenge enjoyed the spotlight along with his ripped jeans. And Michael Jackson’s red-and-black “Thriller” jacket was so iconic it sold for $1.8 million at Julien’s auctions in 2011. 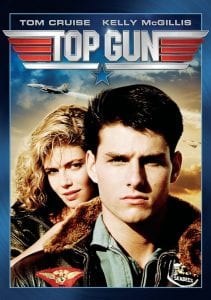 The fashions overflowed from music to movies to the runway. Tom Cruise and Kelly McGillis glamourized aviators and bombers in Top Gun. With her sleeves sexily scrunched and his fur collar turned up, flight jackets soared.

In the 1990s, leather could brighten the saddest Grunge fan. Nineties leather saw sleek, retro-style blazers and jackets with fur-trimmed collars and cuffs. And supermodels made every day glamorous in leather. Readers delighted in photos of Cindy Crawford and Kate Moss wearing cropped jackets, over white tees and high-waisted jeans, buying coffee or navigating airports.

Also around this time, biker jackets were styled casually. Anyone could handle a leather if it was layered with a flowing dress or coordinated with shorts and accessories. 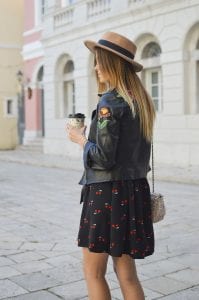 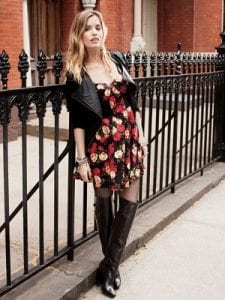 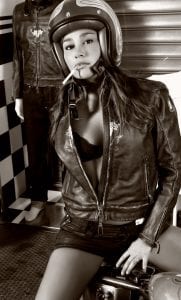 Today, the biker goes by “moto” for short, but it’s not short on feel and attitude. The durable jacket comes in numerous styles and silhouettes, but what hasn’t changed is its aura and appeal. Currently, freedom reigns supreme for leathers, from the futuristic Acne Mape silver moto to Balmain’s brown asymmetric biker with gold hardware.

New designers are redefining the jacket through color, shape and detail. The hot fashion line G by Giuliana, puts a spin on the classic leather jacket with uniquely placed studs and zippers and delicate floral embroidery. The TV personality’s studded moto jacket lets the coolness take over in rose, black and even yellow. Whether paired with cocktail dresses, leggings or skinny jeans the style options are versatile. 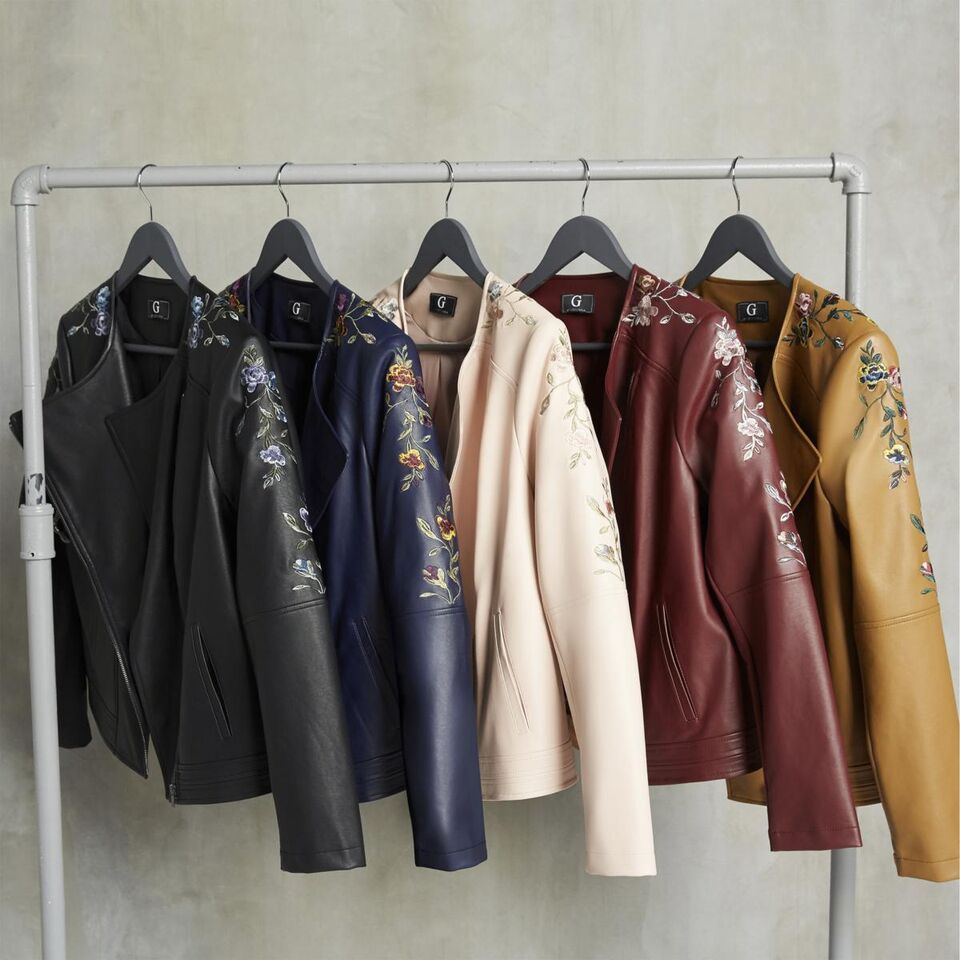 Creamy soft and moveable: The modern motos on the market offer chic style minus the chunk of the early bikers. Made for women on the move, the jackets transition well from work to evening. Also available in a wide array of neutrals and bolder colors sees a spicier palette over the flat, brown bombers of the past. 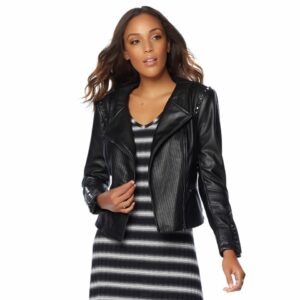 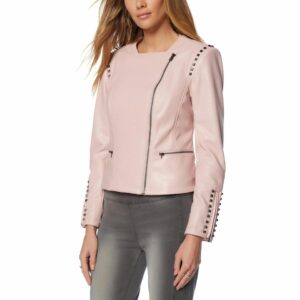 It’s clear the leather jacket has evolved since its early motorcycle days…and it’s now a work of art. Wherever it goes next, it’s sure to make a statement – like a woman flying an airplane or a biker hitting the road. Of course, with attitude.