There are songs about the girl who will “lure you in with all her love and charm,” but has an empty heart in “She Said Whoa.” “My Future Ex” talks of a relationship where it works for now, “another notch in my belt,” but you are “my future ex.” Other songs include an earlier Jackknife Stiletto song “Dear Jane” and a pure heavy, angst ridden song aptly titled “Schadenfreude” with lyrics like “You’re in trouble, I’m in bliss seeing you fumble like this.” The girls toned it down a bit while still keeping their edge that we all love about them in their “spicey” twist on their cover of the Spice Girls’ 1996 hit “Wannabe.” 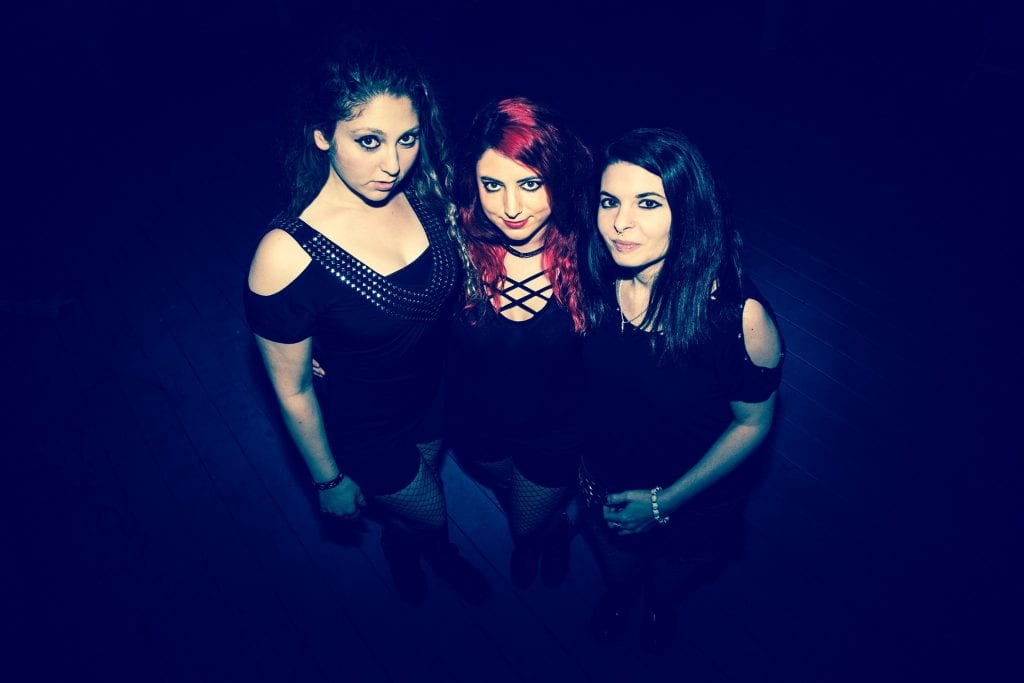 If these girls take a lesson from the Joan Jett success book, they will be on their way!

From the Press Release:

About Jackknife Stiletto: Jackknife Stiletto is an all-female rock n’ roll band from New York City. The trio is known for their aggressive drive and punk attitude with a fresh sound. Think Rancid meets Black Sabbath — with chicks.

Their upcoming release, Chronicles of Jane, will be a series of EPs including a comic book narrative (featuring illustrations by Toronto artist, Becca T-R). The first installment of the series will be supported with a US fall tour. Chronicles of Jane: Vol. 1 comes out October 13th on Blackheart Records.